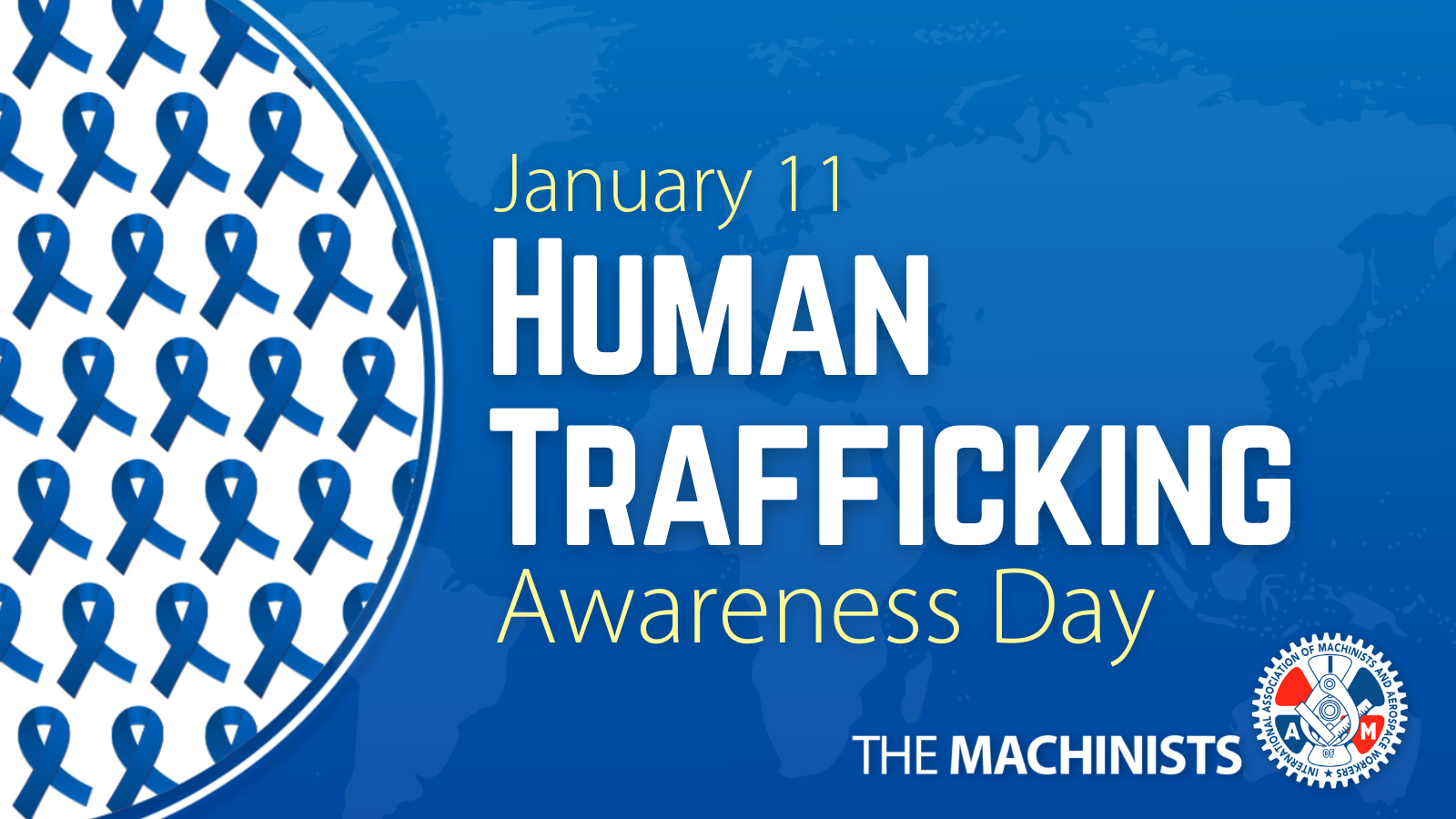 This is why the IAM has helped established training programs for its members in our Air Transport Territory, both in the United States and Canada. They are trained to spot, take action, and alert authorities for those who may be victims of trafficking. Customer service agents and/or flight attendants are trained annually on how to spot and report someone who may be a victim of human trafficking or otherwise involved in human trafficking.

There are many forms of exploitation:

There is a staggering number of enslaved people today:

Right now, there are approximately 20 to 40 million slaves in the world.

While $15.5 billion generated in industrialized countries from slave trading is already horrifying, the industry reportedly generates a profit of $32 billion yearly, worldwide.

Some signs that a teen might be involved in human trafficking include but aren’t limited to: not coming home at night, new tattoos (of cherries, roses, dollar signs, or crowns), excessive crying, depression, exhaustion, secrecy, having older significant others, having many unknown adults on social media, STIs/STDs, or no longer engaging in regular social behaviors.

What is Human Trafficking