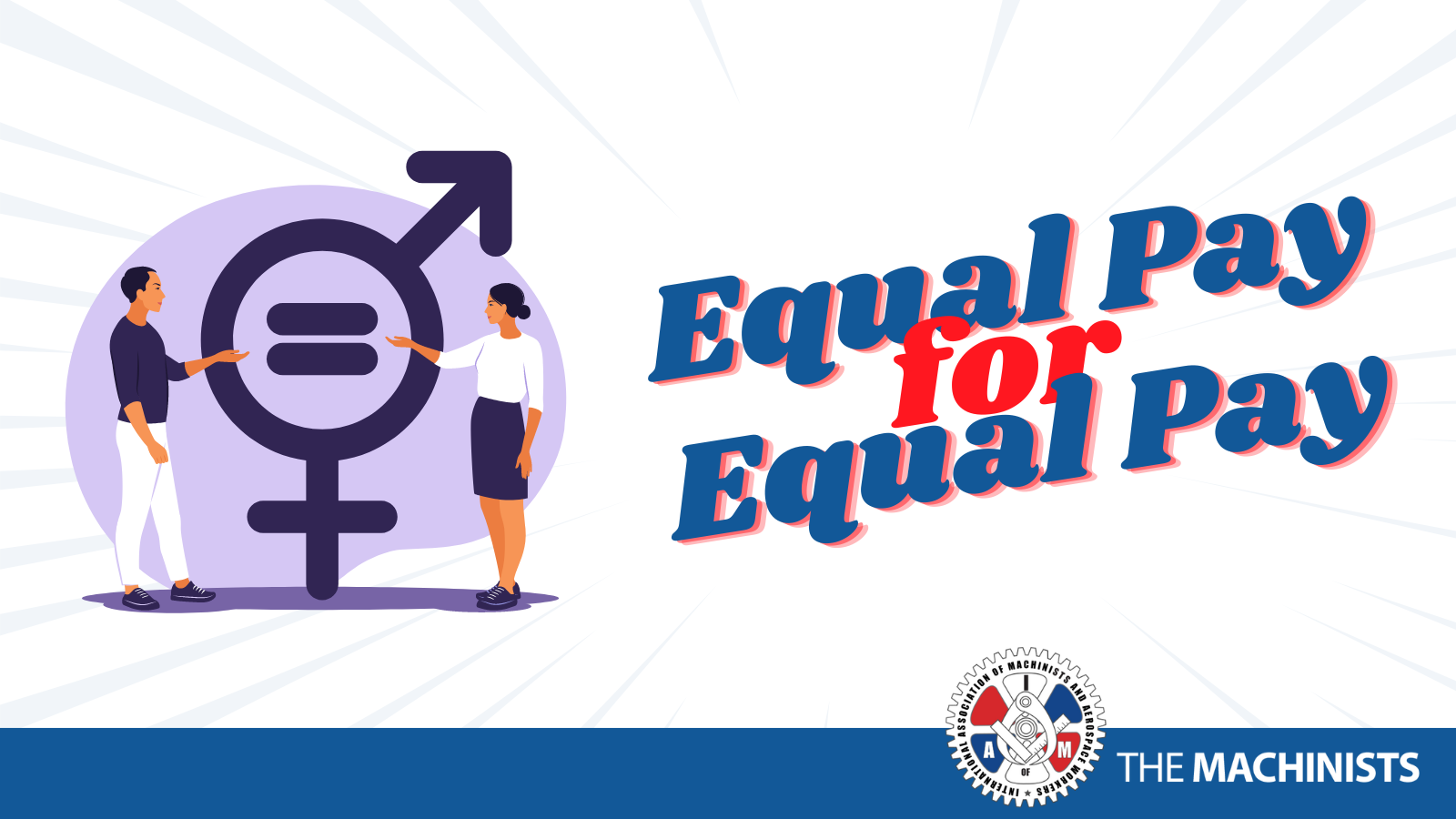 According to the National Women’s Law Center, Latinas would have to work more than 30 years to earn the same amount as white, non-Hispanic men earn over a 40-yr career. This wage gap will typically cost Latinas nearly $1.2 million over their career.

This wage disparity varies widely among women from different communities and U.S. experiences who are facing even larger wage gaps.

Union membership can drastically make a difference as a union contract promotes salary transparency and prevents wage discrimination. It is estimated that Latinas who are represented by unions earn $242 more than non-unionized Latinas.

“One of the best ways to ensure we close the wage gap is through a union and a negotiated contract,” said IAM International President Robert Martinez Jr.. “The IAM stands in support of Latinas and will continue to advocate for fair wages and equal pay.”

Through organizing and collective bargaining, we can not only help to close the gender wage gap but also win higher paying jobs and equal pay for equal work.