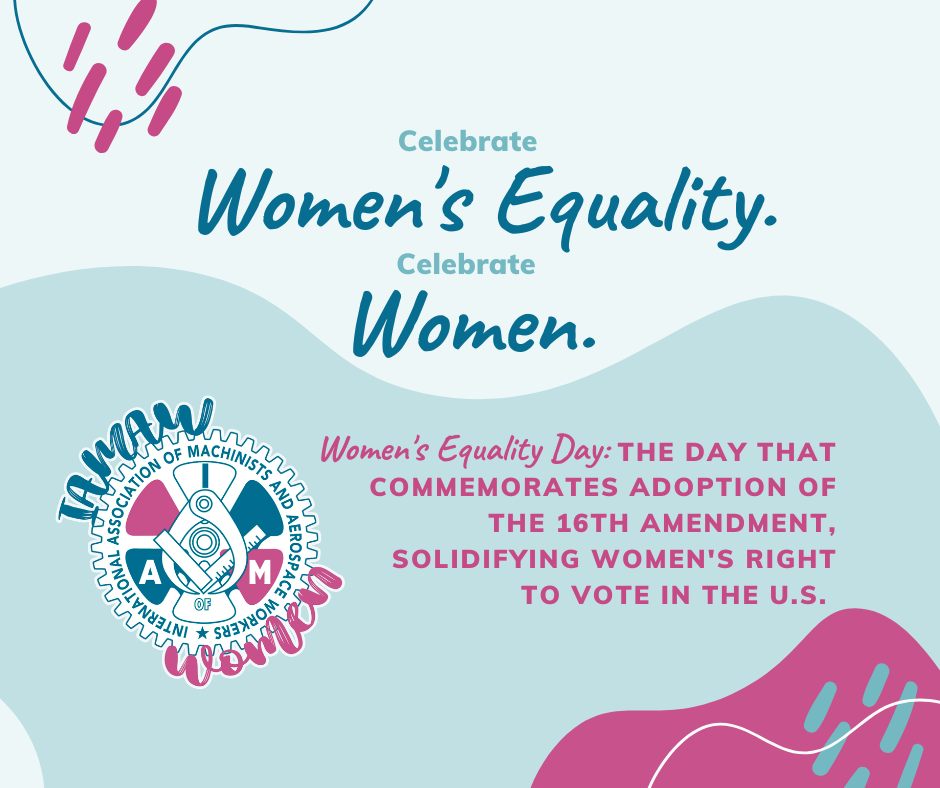 Women’s Equality Day, celebrated every August 26, commemorates the passage of the 19th Amendment to the U.S. Constitution, prohibiting the government from denying the right to vote to women. It also reminds us of the hurdles overcome by the heroic women who faced violence and discrimination to propel the women’s movement forward.

The right to vote, the cornerstone of democracy, belongs to all citizens — but this wasn’t always the case. Until recently, most countries denied voting rights to half of their population: women. To claim their voice, women began agitating for the right to vote in the early 19th century. In the U.S., decisions about who could vote were left up to the states. The 19th Amendment, ratified in 1920, ensures voting rights for everyone regardless of gender.

Today, Women’s Equality Day celebrates the achievements of women’s rights activists and reminds us of the unique daily struggles that women face. The struggles that we have fought for that are being reversed. The IAM’s recent statement on the Supreme Court’s Dobbs Decision shows the support it has for women’s rights.

We need to empower women with education and help them have their rights protected and their concerns addressed. That is why it is so important to cast your vote in the upcoming election. Politicians in office decide your future. They make decisions and pass laws on your behalf. So their positions on your rights—or their positions to take away those rights—should make a huge difference in determining whether they should have your vote.

The IAM works with constituency groups like Coalition of Labor Union Women (CLUW) to help advocate for women’s rights. You can find out more information about CLUW here http://www.cluw.org/.