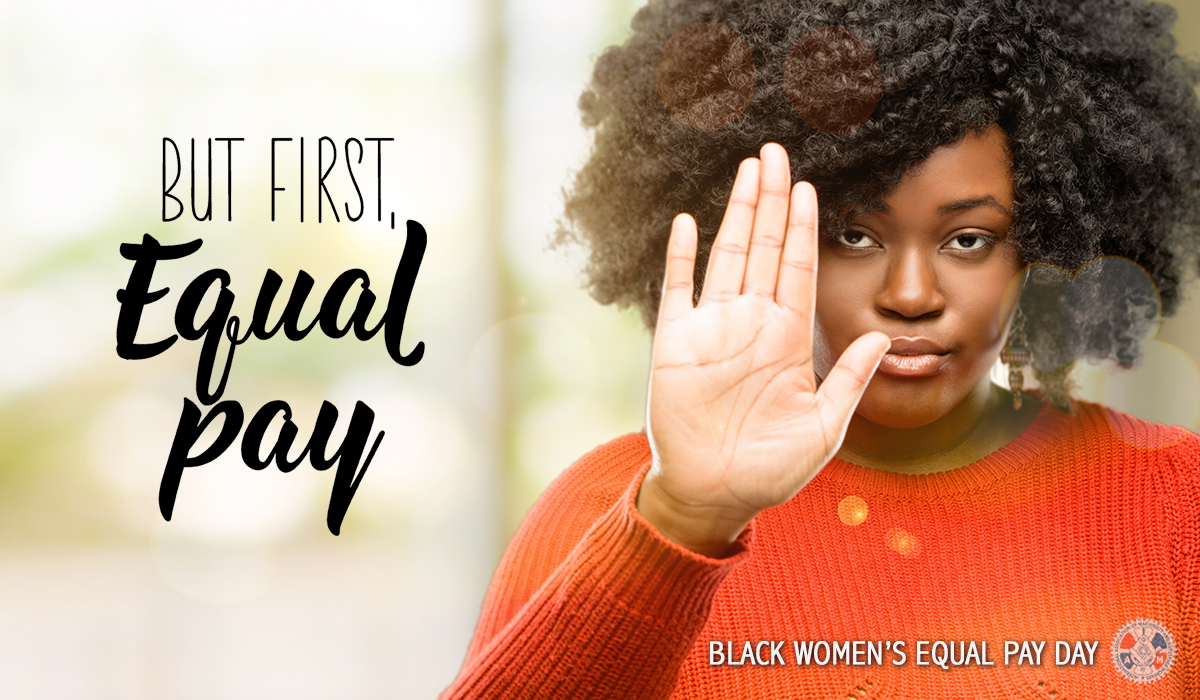 Black Women’s Equal Pay Day is the approximate day a Black woman must work into the new year in order to make what white (non-Hispanic) man made at the end of the previous year. In 2020, that date is Today, August 13.

Based on ACS Census data, the 2020 wage gap for Black women compared to non-Hispanic white men is $0.62 (cents) per $1.00 (AAUW). The consequences of this gap affect women throughout their lives, not just on a yearly basis.

Though women now outpace men in higher education, women also hold nearly two-thirds of the outstanding student debt in the United States. And because of the gender pay gap, women have a harder time repaying those loans.

The pay gap even follows Black women into retirement: as a result of lower lifetime earnings, they receive less in Social Security and pensions. In terms of overall retirement income, women’s income 70% of men’s.

Here are some career examples showing the differences in pay between Black women and white men engaged in the same careers: 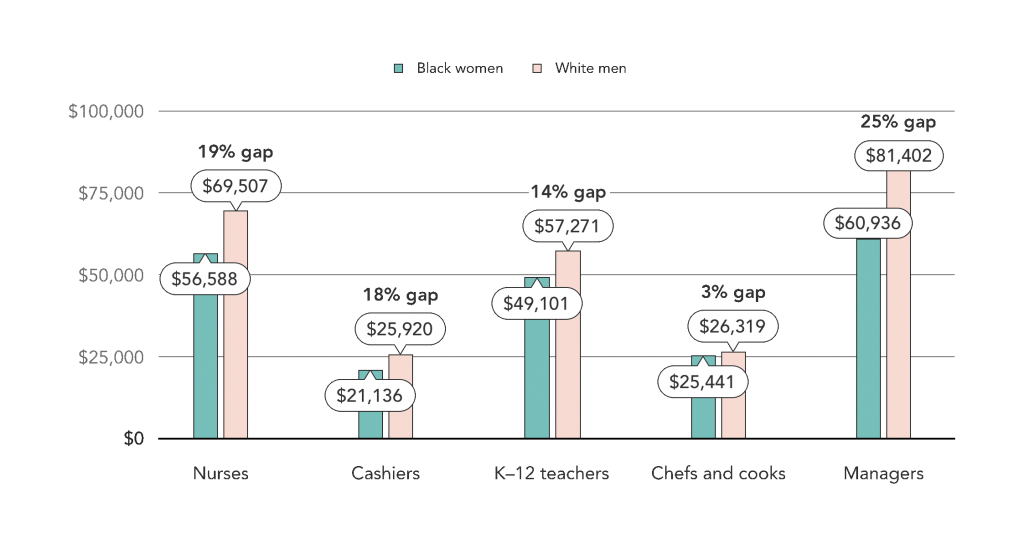 The pay gap is not about a single paycheck. Over the course of a career, the lost income can add up to over a million dollars. Women are often single providers for their households, and their families depends on them to provide. More than 85% (4 in 5) Black mothers are the primary providers for their families. Losing the pay gap isn’t just a win for women—it has social and economic benefits too (Anderson). If women were paid fairly, we could cut the poverty rate in half and inject $512.6 billion into the U.S. economy (Milli).

The relationship between unions and narrower gender wage gaps makes sense if you consider that collective bargaining agreements often establish many of the policies proven to combat gender pay disparity. For example, collective bargaining agreements may standardize wage rates, promote pay transparency, and include grievance procedures for workers who have been discriminated against. These are all ways of combatting the gender wage gap.

Setting clear standards of pay can help eliminate or diminish the effects of gender discrimination. Pay transparency gives workers more information about what similar workers are paid and whether they are being undercut. Far too often, women and workers of color lack sufficient information about their peers’ pay to know whether they are being paid fairly. Providing workers with access to effective grievance procedures—and information requests about wages, hours, and working conditions—can help to ensure that antidiscrimination provisions are enforced.  The Machinists’ Union is proud of what we do to help narrow the gender wage gap but there is still much more that can be done to ensure that all workers, including women of color, have the resources necessary to close the gap once and for all.

AAUW, The Simple Truth about the Gender Pay Gap, Retrieved from:  https://www.aauw.org/resources/research/simple-truth/