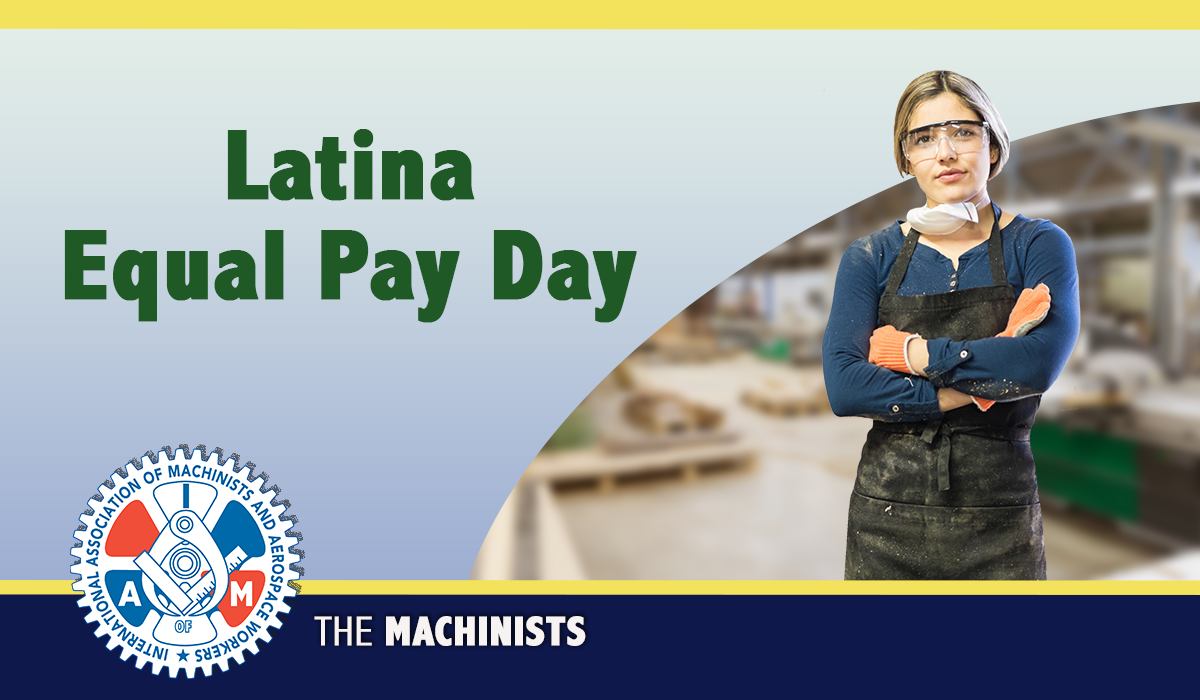 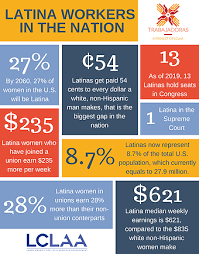 October 29, 2020 is the date that marks when Latina women will make the same amount of money white men made in 2019—meaning it takes almost an entire year for the Latina woman to catch up. On average, Latina workers are paid only 54 cents on the dollar relative to White non-Latino men. This difference is an average disparity of about $25,177 a year, which, in sum, means that Latina women must work 22 months to earn the same amount of money (Gould and Kugler)(See profession Latina Pay Gap Chart).

Furthermore, as the Economic Policy Institute puts it, Latina women are subject to a double pay gap—due to their ethnicity and their gender, they make far less money than a white man.

The Equal Pay Act of 1963 was supposed to do a lot to close these gaps, but we are still contending with pay disparities more than 50 years later. Unions are a major force for fighting for equal pay, and a negotiated contract is one of the best ways to ensure this gap is less prevalent in the workplace. That is why exercising our voice and electing leaders who support workers’ rights is so important, and this election year is more crucial than ever. Who we have in office helps to close these ethnic and gender pay gaps. Make your Vote count this year! #LatinaEqualPay  #OwnYourPower2020 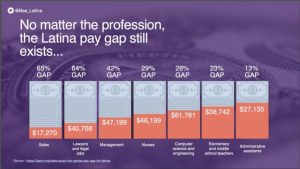 BELatina Daily, Latina Pay Day 2020: Fifty Years After the Passage of the Equal Pay Act of 1963, Our Struggle is More Valid than Ever, Feb 3, 2020 retrieved from: https://belatina.com/pay-disparity-for-latinas-50-year-later/