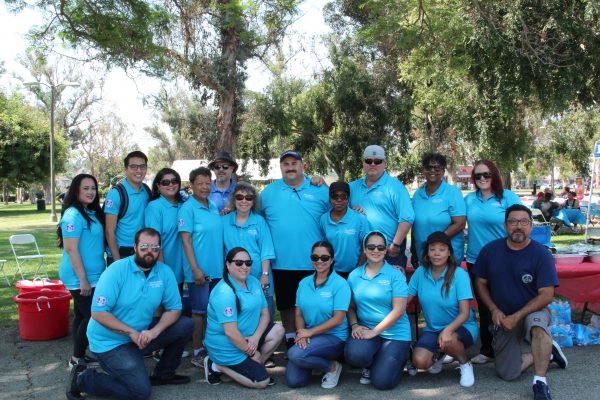 IAM WOMEN, the name of LL 1930 Women’s Committee, hosted their lodges first major event, “Family Picnic in the Park” which was held on August 5th at Recreation Park in Long Beach, CA.  The local lodge is comprised of public sector employees of the City of Long Beach. According to Natalie Gonzalez, the committee’s chair, they had about 150 participants, which included members of the women’s committee, district 947, members of the Executive Board, Grand Lodge Reps and IAMAW staff, as well as members’ families. They had participation from the Mayor, four council members for the City of Long Beach and other community leaders and supporters. They were sponsored by ICMARC, which offers deferred compensation and retirement financial planning solutions for the employees of the City. They were also supported by local Council member Suzie Price, and Bimbo Bread (one of our IAM represented businesses in the district).

Sister Gonzalez stated in planning the event, the women’s committee wanted to put together an opportunity where the members could come together outside of work hours and formal local lodge meetings to spend time with one another and their families. They arranged a health informational booth that was hosted by Kaiser Permanente, an IAM Outreach Table that provided union member benefits and retirement planning information, and a tent offering a full body scan from ICMARC.

Sister Gonzalez stated it was a perfect day to enjoy the beautiful summer weather in Long Beach and enjoy some fried chicken or a burger and potato salad with one another. They had a fantastic turnout and have already had requests for another picnic next year. The committee is going to build on the success of this year’s picnic to expand for next year and start an annual summer picnic tradition.

The women’s committee was started in September of last year. Their mission is to increase union participation, to increase community involvement and to educate their members.