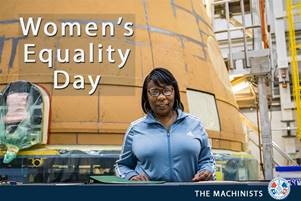 Fundamental human rights—like voting and participating in a representative form of government—rightfully belong to all of a nation’s citizens. However, voting rights were denied to women until very recently. That is why we celebrate Women’s Equality Day in the United States on August 26—to commemorate the 1920 adoption of the Nineteenth Amendment to the United States Constitution, which prohibits the states and the federal government from denying the right to vote to citizens of the United States on the basis of sex.

The path to achieving this Amendment wasn’t easy. Before 1776, white women had a vote in several of the colonies in what would become the United States, but by 1807 every state constitution had denied women even limited suffrage. In the early 19th century, women started to take to the streets in protest for their right to vote. But thanks to the 19th Amendment, gender cannot play a role in a state’s consideration of whether someone can vote. Every year on August 26, we commemorate and celebrate this milestone and other achievements of women’s rights activists. It is also a reminder of the hurdles and struggles women and minorities still face today.

The IAM’s members and representatives are all too familiar with these struggles as we continue to work for not only workplace fairness but also equality in our communities. The struggle remains real as is evident through the recent push for numerous voting and balloting laws that suppress hundreds of thousands of eligible voters. Between January 1 and July 14, 2021, more than 400 bills restricting voting access have been introduced in 49 states; during that same time, 18 states have enacted laws that make it harder for people to vote. The laws make mail voting and early voting more difficult, they impose harsh voter ID requirements, and they make purging eligible voters from the rolls more likely (Waldman). These voter suppression laws often target women, minorities, and other groups who traditionally support laws empowering working families.

We all know we would not have the benefits and security we have in the workplace without having a Union that fights for a fair collective bargaining agreement, and the same effort must be applied to protecting fair voting laws. Without representatives in office who care about workers, we can lose many of our protections.

That’s why the Machinists proudly supported the “For the People Act.” Introduced in the House as H.R. 1 and the Senate as S. 1, the For the People Act will expand voting rights, change campaign finance laws to reduce the influence of money in politics, ban partisan gerrymandering, and create new ethics rules for federal officeholders. This bill passed in the House but was filibustered and failed in the Senate.

The IAM also supports legislation that aims to address voter intimidation and suppression tactics across the U.S., such as the “John Lewis Voting Rights Advancement Act,” which w 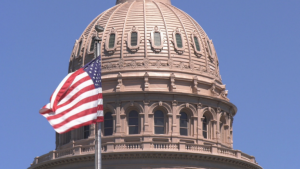 ould restore and strengthen parts of the Voting Rights Act of 1965 that have been gutted by the Supreme Court.

“Voting and freedom are sacred pillars of our republic and they’re crucial to upholding democracy,” said IAM International President Robert Martinez Jr. “Any attempt to thwart those rights must be strongly opposed by the hard working middle-class families. If it’s voting rights today, then it will be anti-worker laws tomorrow.”

This is why it is essential to vote the right people into any political position, whether it be federal, state, or local office.

Make your voice heard—tell your senators to support the For the People Act, and learn about more ways to get involved helping working people have a say on Capitol Hill here.