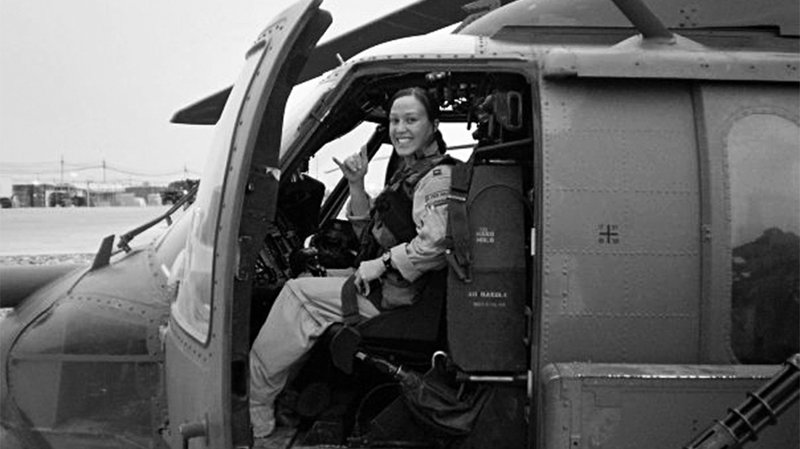 In 2009, Maj. Mary Jennings Hegar was shot down by the Taliban in Afghanistan while co-piloting an Air National Guard medevac helicopter. Though she was wounded in her rifle arm, Hegar managed to return fire while hanging onto a moving helicopter, which saved the lives of her crew and her patients.

At the time, the Department of Defense allowed female soldiers to participate in air combat, but forbade women from ground combat positions. Hegar tells Fresh Air‘s Terry Gross that the rule was often circumvented, which meant that women who served on the ground did not receive credit for combat duty.