A Disappointing ‘Last, Best and Final Offer’ at Continental Automotive 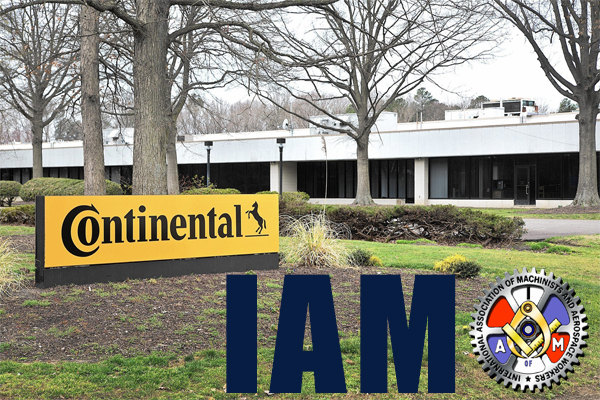 For the more than 400 men and women working at Continental Automotive in Newport News, VA, shock was the only word to describe the emotion they felt as they saw the company’s last, best and final offer.

It was a shutout,” said Local 10 Directing Business Representative Russell Wade. “Unanimously rejected by the membership.”

The Machinists members at Continental Automotive are proud of the work they do, manufacturing fuel injectors, fuel rails and pumps for both General Motors and Chrysler. Most have been on the job for close to twenty years, showing loyalty to the company when it was needed. But this last contract offer has shaken that loyalty in a lot of workers who are trying to understand why the company is offering so little.

“Outrage is the word I hear the most, and disappointment.  We have worked with the company and taken concessions over the last few contracts when the company was struggling. That’s no longer the case – Continental Automotive is doing very well now.  But you never would have known that by the proposal they offered those workers who sacrificed over the years,” said Wade. “It was upsetting to see.  Not many questions were asked by the membership – they got it right away.”

To be clear, the contract did have some gains for workers. Items like short-term disability improvements, shift differential changes and slight wage increases for some classifications, but it wasn’t enough.

Wade explained with a disappointing shake of his head, “We couldn’t say – this is a good deal, take it.  The members knew right away it was not.”

IAM Southern Territory General Vice President Mark A. Blondin points out this is not the way business should be conducted.

“Our members did their part when the company was struggling,” said Blondin. “Now that the company is highly profitable, they need to do their part and take care of the workers and their families.  I applaud our members for taking a stand against a contract that bodes well for no one.”

The ball is now in the hands of Continental Automotive, as more than 400 workers eagerly wait for the negotiating committee to get back to the table. They are cautiously optimistic that the company will do the right thing and bring forth a contract in which all sides can be proud to sign.