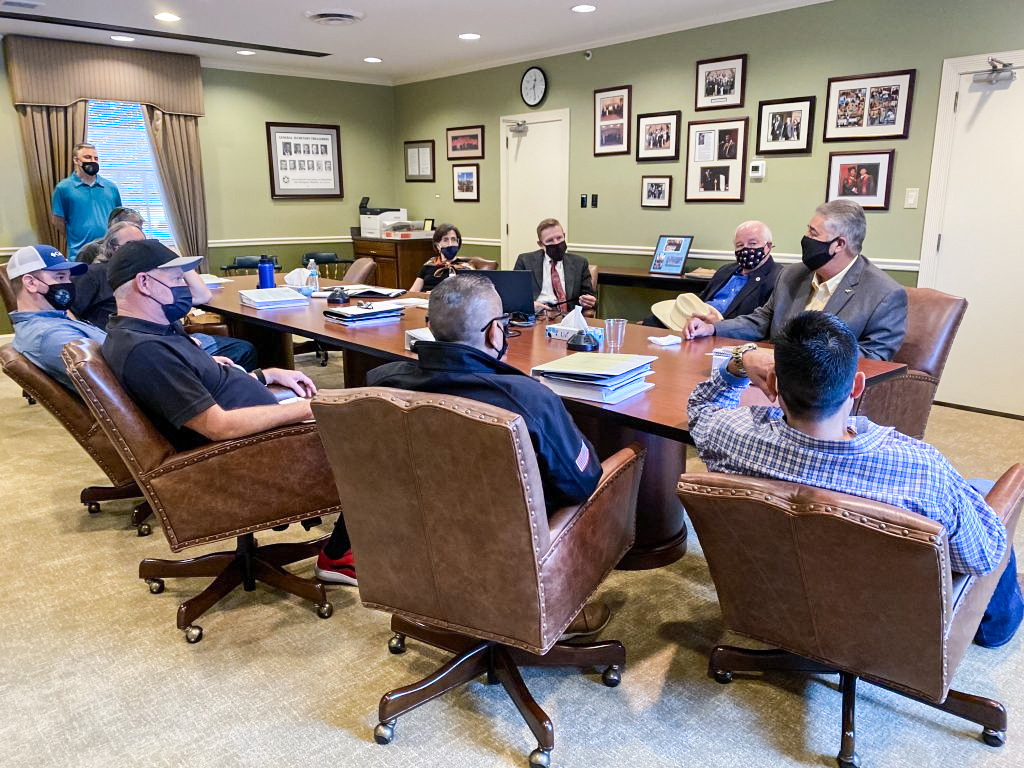 Members of an IAM District 776 negotiation committee recently completed a week-long negotiation preparation course ahead of planned talks next year for a new labor contract covering approximately 5,000 workers at the Lockheed Martin facility in Fort Worth, Texas.

This also marked the first in-person contract negotiation prep course at the William W. Winpisinger Center since the IAM’s Hollywood, MD facility reopened in August. The center was forced to shutter and shift to virtual-only classes in 2020 due to Covid-19 precautions.

The committee is expected to start contract talks in late February to replace the five-year, eight-month contract that ends on April 24, 2022. Lockheed’s Fort Worth facility produces the F-35 fighter jet.

The negotiation panel lauded the information and new skills learned during the week at the Winpisinger Center. That included Justin White, a shop steward at the Lockheed facility who was designated the committee’s lead negotiator during the contract talks simulation.

“I learned a lot and I’m ready to work hard for the upcoming contract,” White said.

The prep also included a sit-down with IAM International President Robert Martinez, Jr., who encouraged the committee to fight hard and never hesitate to ask for any IAM resources needed to bargain for a good contract, adding “we are right there with you – whatever we have you have.”

“As a former longtime worker at this Lockheed facility, I take particular interest in the progress of contract talks,” Martinez said. “The IAM’s legislative department has been fighting hard to assure F-35 production remains in full gear at Fort Worth, including advocating for the passage of the National Defense Authorization Act that authorizes the government’s spending on the jets.”

“This week of prep gives all the committee members the critical tools needed to go toe-to-toe with Lockheed next year to fight for the contract provisions our members want,” said Directing Business Representative of 776 Paul Black. “I’m proud of every committee member and look forward to congratulating them on a great contract that rewards the hard work of our members and provides the workplace protections and benefits they have earned.”

“We are working to assure the negotiation committee has all the resources to bargain for the best contract for the hard-working men and women at the Lockheed facility in Fort Worth,” said IAM Southern Territory General Vice President Rickey Wallace. “This great preparation sets our members up for the successful negotiations that benefit our members with a great contract on the horizon.”

“I am confident that this committee will work hard and assure the final outcome will be a great contract,” said IAM Aerospace General Vice President Mark Blondin. “This Lockheed contract usually sets the bar for many of our other Aerospace Division’s contracts, so we are keeping a watchful eye on talks and know there will be a great outcome. Lockheed has a lot money on hand due to our advocating on their behalf, so now it’s time to share the wealth with their workers.”