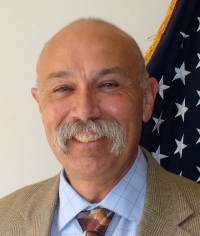 After Republican presidential candidate Rick Perry stated that he would reassign government workers “to some really god-awful place” if they disagreed with his “core philosophy,” NFFE-IAM Federal District 1 President William Dougan (pictured to left) shot back with this statement on behalf of our members and all workers in the federal government:

“Governor Perry’s comments are irresponsible and insulting to the 2.1 million dedicated federal employees serving our country every day. It comes as no surprise that he would launch such baseless political attacks on federal workers. He sees a political opportunity in painting federal workers as a symbol of big government, and he is exploiting it to the fullest.

“These ‘federal bureaucrats’ he so often refers to are not a bunch of overpaid, underworked paper-pushers in Washington like the Governor would like people to believe. They are the nurses and doctors who care for our veterans, the border patrol agents who protect our nation from drug and human smuggling, and the firefighters who save thousands of homes and businesses each year fighting wildfires – including those that ravaged Texas just this year. These are the workers Perry insults when making comments like these.

“If Governor Perry wants to know what a ‘god-awful’ place looks like, he should imagine Texas without thousands of dedicated federal employees defending its border, staffing its VA hospitals, and extinguishing its wildfires.”