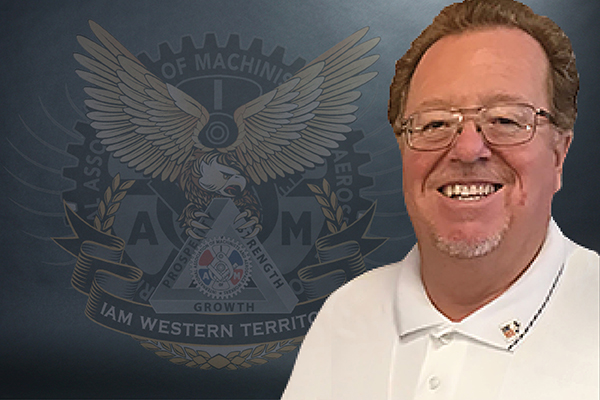 Ernest “Red” Dow initiated into the IAM on January 1, 1980 working as a Machinist at General Electric for 30 years at the time of its closing.

“Brother Red has done a journeyman’s job in his previous positions within the IAM,” said Western Territory General Vice President Gary Allen. “I have no doubt that his appointment will help secure a bright future for the Territory and the IAM as he continues to service the membership and organize at a high level.”