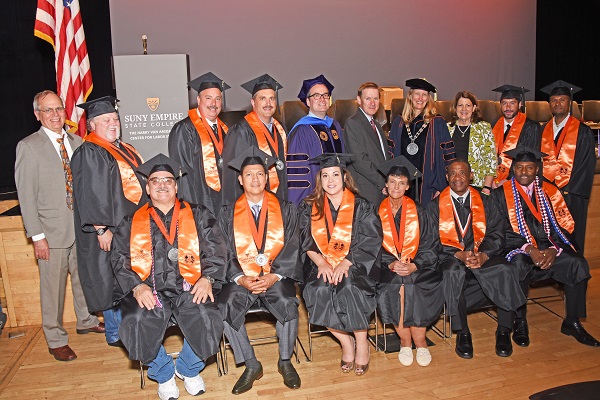 That’s a big deal for them and their families. It also opens a new chapter in the IAM’s education partnership with SUNY Empire State College.

These are the 1st IAM members to get bachelor’s degrees thru our partnership with @SUNYEmpire. Congrats grads! pic.twitter.com/5zDoW74Eqf

Graduates in the program do coursework predominantly online, but also meet periodically at the IAM’s William W. Winpisinger Center.

The IAM was a prominent presence at the graduation ceremony, held at Columbia University in New York.

All 11 IAM graduates attended the ceremony. We send our heartfelt congratulations to: