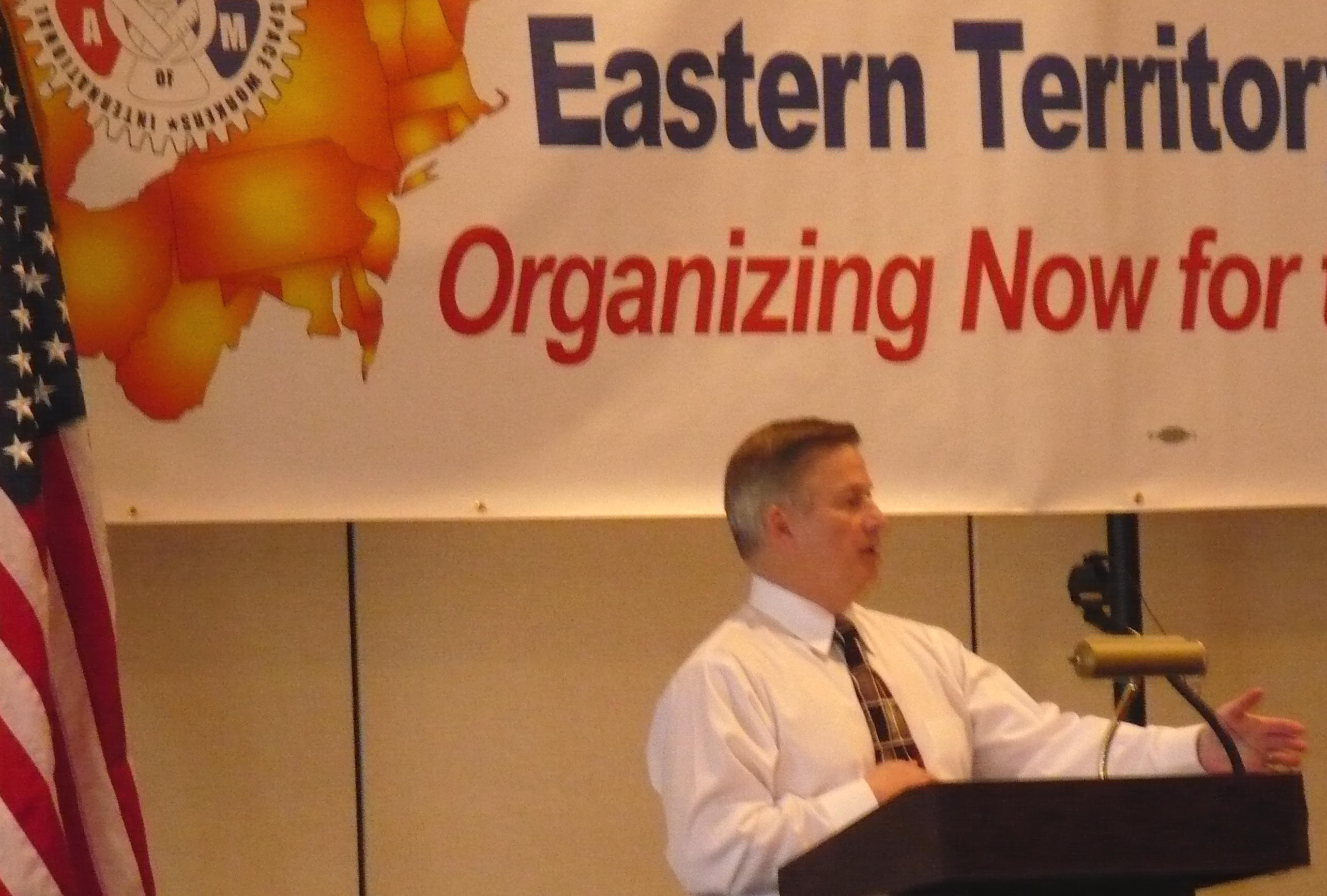 GVP Lynn D. Tucker, Jr. held a day long conference for the Eastern Territory including Grand Lodge, District and Local Lodge Staff.  More than 100 Representatives were given a review of the 2007’s activities and what lies ahead for IAM members.

“Congratulations on another great year of bargaining. We had some excellent contracts that were negotiated and ratified, said Lynn D. Tucker, Jr. “The fighting Machinists can certainly negotiate, without question, the best in any industry.”

GVP Tucker reviewed the organizing activity and noted that the Eastern Territory has organized more new members than any other territory in the IAM.  “We must remain focused on organizing, and keep it at the top of our priorities.”

In his closing remarks, GVP Tucker noted that 2008 is one of the most critical years the IAM and working men and women have faced when it comes to politics. ” We must hold our elected leaders accountable; at all levels of government regardless of party, said GVP Tucker. “There must be a political price to be paid for neglecting America’s most fundamental needs. “

Eastern Territory representatives raised nearly $3,000 for MNPL at the conference.