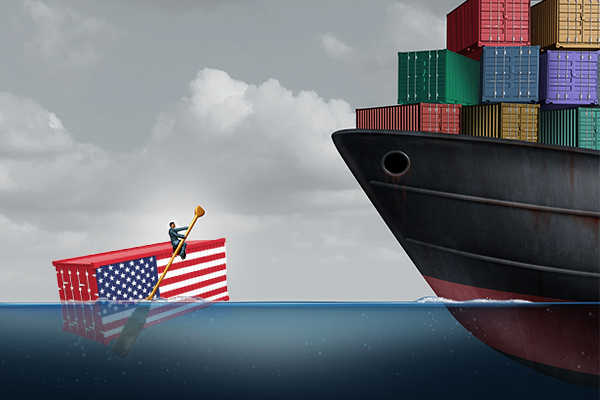 In a new op-ed article in The Hill, Economic Policy Institute’s (EPI) Robert E. Scott explains that President Trump’s self-touted policy for an American manufacturing comeback has actually not stemmed the tide of offshoring U.S. jobs.

READ: The wheels are coming off Trump’s trade policy

“Unless steps are taken now to curb dollar overvaluation, which is making imports artificially cheap in the U.S. market, and to curb tax incentives for offshoring, there won’t be a comeback,” Scott wrote. “Unfortunately, Trump has ignored the linkage between his policies and a rising trade deficit.”

In fact, during his presidency, offshoring of manufacturing has continued, and nearly 1,800 factories closed between 2016 and 2018 alone. More than 50 IAM represented plants have closed or announced closures during the same period. Overall, the U.S. has lost more than 91,000 manufacturing plants and nearly 5 million manufacturing jobs since 1997.

“If Trump’s trade policy really encouraged ‘reshoring,’ America’s trade balance would have improved. But the U.S. trade deficit in manufactured goods rose significantly between 2016 and 2019,” Scott wrote. “In fact, the real U.S. trade deficit has increased every year since 2016.”

The COVID-19 pandemic will likely shrink the U.S. trade deficit temporarily, but will simply reemerge unless steps are taken to address dollar overvaluation and tax incentives which promote offshoring.

“In 2016, Donald Trump campaigned against globalization and failed trade deals that have hurt U.S. manufacturing. It worked. He captured nearly 80 percent of the electoral votes in the Top 25 manufacturing states,” Scott wrote. “But he has since failed to deliver for working Americans. Now the wheels are coming off. It’s time for a meaningful rewrite of failed U.S. trade and economic policies.”