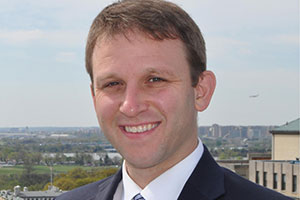 Erwin, a 15-year NFFE member, served as the union’s legislative director before becoming executive director in 2014.

“I am honored to be elected the next National President of the National Federation of Federal Employees,” said Erwin. “As the country’s first federal employee union, NFFE has a rich history of fighting for federal employees. I look forward to contributing to that storied history and growing this union over the next four years. Federal employees and NFFE members can count on me to be a relentless advocate for federal workers.”

For more on NFFE’s 50th Convention, read recaps from Day 1 and Day 2.