In April 2016 California enacted a new wage law to progressively bring the state’s minimum wage to $15 per hour by 2023. Earning a living wage is essential for workers in some of the most expensive part of the Golden State.

Long Beach, with more than half a million residents, is the second largest city in the greater Los Angeles area. IAM District 947 represents nearly 2,900 of Long Beach’s public sector workers.

“After the living wage law kicked in, I assumed everyone in the bargaining unit would be included,” said District 947 Assistant Directing Business Representative Gabe De Alba. “Then I learned the city wasn’t paying some of our part-time library and seasonal parks and recreation workers the state minimum wage.”

When Library Page Wendy Marquez, a 10-year city employee, realized she was not being paid the state minimum wage, it was the last straw for her.

“I had been treated unfairly for years by the city,” said Marquez. “I was doing too many jobs and wasn’t getting paid fairly. Initially, I filed a complaint through my supervisor.” 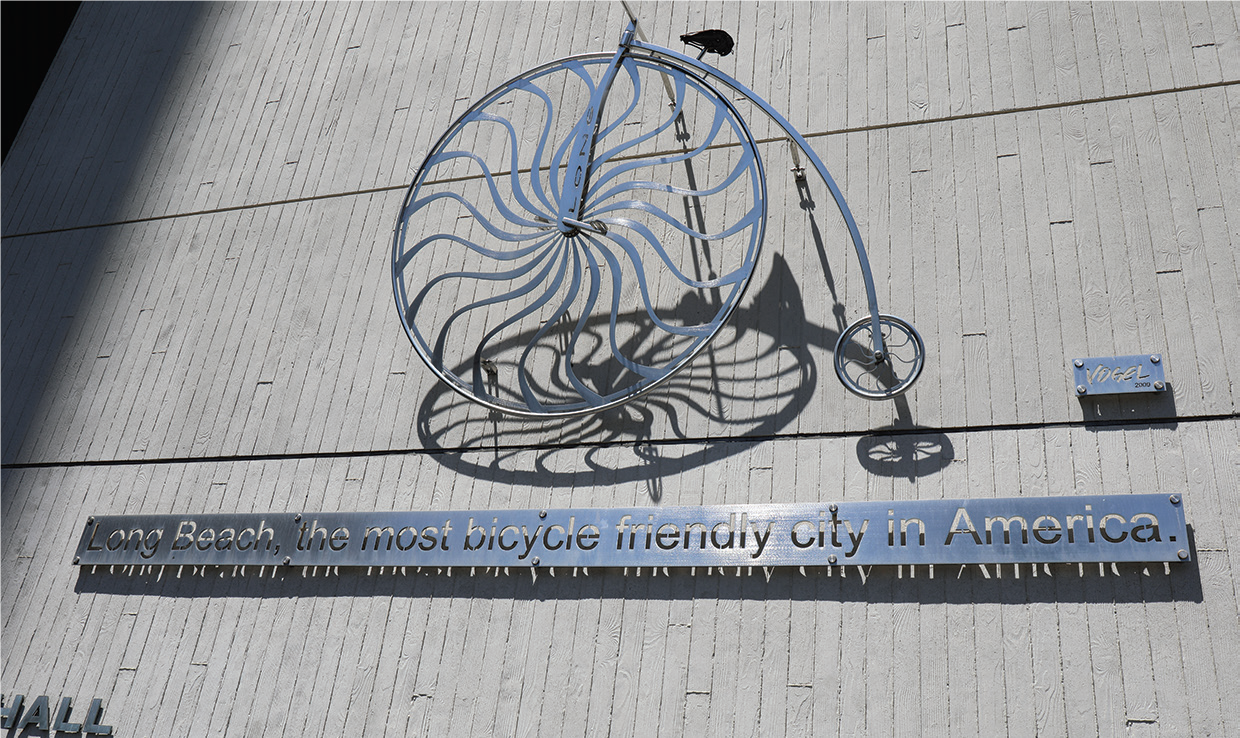 The city agreed to adjust Marquez’s wages to a few cents per hour above the state minimum, but hers was an individual claim. Because she believed it was just an attempt to appease her, she and the union filed a grievance.

Long Beach responded that, because it was a “charter city,” it was not obligated to follow California’s minimum wage laws. District 947 President Sal Vasquez and IAM Western Territory Grand Lodge Representative Richard Suarez then contacted legal counsel, and the union began the process to file a lawsuit.

“It was startling that Long Beach would think it could take advantage of its employees that way,” said Vasquez. “These are hard-working people who provide valuable public services.”

Marquez and Jasmine Smith, a parks and recreation worker, were named as plaintiffs in a June 2016 class-action lawsuit against Long Beach on behalf of themselves and 200 other part-time workers.

“There were a lot of people that still had to be made whole,” said Marquez. “I said ‘yes’ to putting my name on the suit mainly because I thought it was super unfair.”

The city argued that the claim was unjustified under a “home rule doctrine.” They contended that wages set by charter cities are municipal affairs, and therefore not subject to state regula­tions. In March 2017 the trial court ruled in the city’s favor.

“We were surprised at the first ruling, but we immediately had our lawyer file an appeal,” said Vasquez. “It never made sense to us that the city could get away with not paying a living wage in Southern California.”

After nearly two years, an appellate court reversed the original ruling. It stated that although a charter city has the authority to govern its municipal affairs free of state intru­sions, that authority is not unlimited and is subject to matters of statewide concern.

“The state minimum wage law is designed to address a state­wide concern for the health and welfare of workers,” stated the February 28, 2019 Superior Court of Los Angeles County ruling. “The concerns that led the Legislature to adopt and increase the statewide minimum wage justify application of the minimum wage to all employees, including those of charter cities.”

“I think it’s a big accomplishment because they shouldn’t be taking advantage of the employees,” said Marquez, who quit a few months ago to care for her new baby. “A lot of other employees have contacted me and said things like ‘we’re so happy you did this.’ From here forward all the part-time employees qualify for the raises.”

“They had been excluding their own before,” said De Alba. “The city now needs to adhere to state wage laws.”

“The result of this appeal not only insures that the workers of the City of Long Beach are paid under the provisions of the law, it gains protections for all workers and their families across the state of California,” said Western Territory General Vice President Gary Allen. “I commend the leadership of District 947 for achieving a historic victory in our union’s fight for working Americans, human dignity and social justice.”