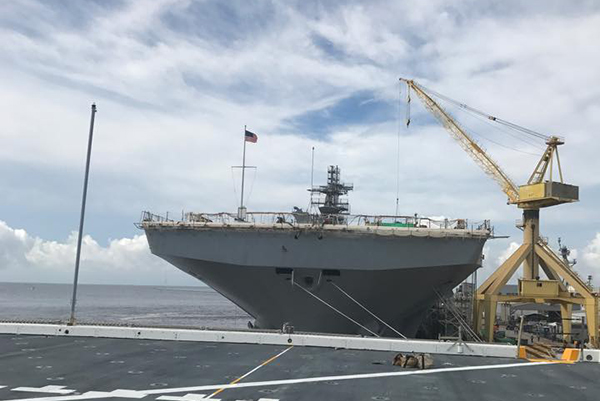 Call the Capitol Switchboard at 202-224-3121 and tell your Senators and Representative to support Buy American measures for Navy ships and other American-made defense products.

RT to tell @SASCMajority and @HASCRepublicans that US defense products should be made at home. Strengthen #BuyAmerican, don’t weaken it. pic.twitter.com/e9x6ve4Akp

Thank you @repmarkpocan and @SenatorBaldwin for standing with us to strengthen #BuyAmerican, defend US jobs & protect nat’l security. #NDAA

The IAM is also urging members of Congress to sign on to a bipartisan letter from U.S. Reps. Jim Renacci and Mark Pocan calling for the preservation of the American shipbuilding industry.

The law currently has “Buy American” procurement requirements for certain defense components for Navy ships and other defense programs. The elimination of these