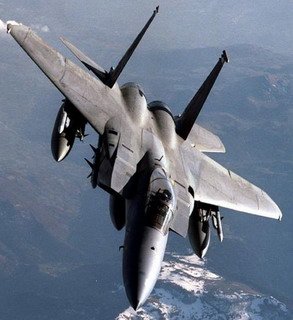 IAM members of Local 2296, who are employed as courseware developers and pilot trainers at Seymour Johnson AFB in Goldsboro, NC, have ratified a new 26-month agreement that underscores the importance of bargaining unit solidarity, trained negotiators and extensive IAM experience in the service contract arena.

Highlights of the new contract include a wage hike of $36.97 to $48.93 for the highest paid employees and similar rate increases for other employee classifications. Additional improvements include the establishment of the IAM National Pension Plan; the addition of IAM Benefit Trust Fund Medical, Vision and Dental, as well as profit sharing, a 401K plan and a $3 per hour opt-out premium for employees who choose to decline medical coverage.

The settlement is also noteworthy for an effort by the Boeing Company to strip key benefits from workers, prior to subcontracting the entire contract. “Boeing never backed off their takeaway proposals to eliminate the 401k match, eliminate retirement savings, eliminate sick leave and more than double medical costs for our members, while offering inferior health care coverage,” said Aerospace Coordinator Mark Blondin.  “When Boeing finally recognized that this committee and membership would not be intimidated, they subcontracted the work to Delaware Resource Group (DRG) of Oklahoma, LLC.”

With help from the Winpisinger Center and support from the Legal and Strategic Resources Departments at IAM Headquarters, the Local 2296 Bargaining Committee was able to reach agreement with DRG was unanimously ratified with 29 of 31 bargaining unit members voting.

“We have worked with DRG in the past and we maintained a great relationship,” said Aerospace Coordinator Ray Moffat, who helped coordinate the negotiations. “We were able to secure an agreement with DRG that significantly improves the conditions of work that our members had under the previous contract with Boeing.”