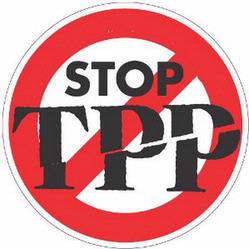 After bowing to strong pressure from the White House, enough Senate Democrats made concessions on Thursday to advance a bill that would eventually “Fast Track” the Trans-Pacific Partnership (TPP) through Congress without meaningful debate or any opportunity to offer amendments.

The Senate, under pressure from IAM members and working people storming Capitol Hill this week, had refused to move a similar measure just a day earlier.

But a backroom deal between Senate leaders that allowed votes on Trade Adjustment Assistance, currency manipulation and unfair trade practices greased the skids for Fast Track to advance. A full Senate vote on Fast Track is likely next week.

We can’t give up now. It’s time our nation’s leaders support trade rules that work for America’s working families.

Learn more about how Fast Track and the TPP threaten democracy, jobs, the environment and the internet at StopFastTrack.com.