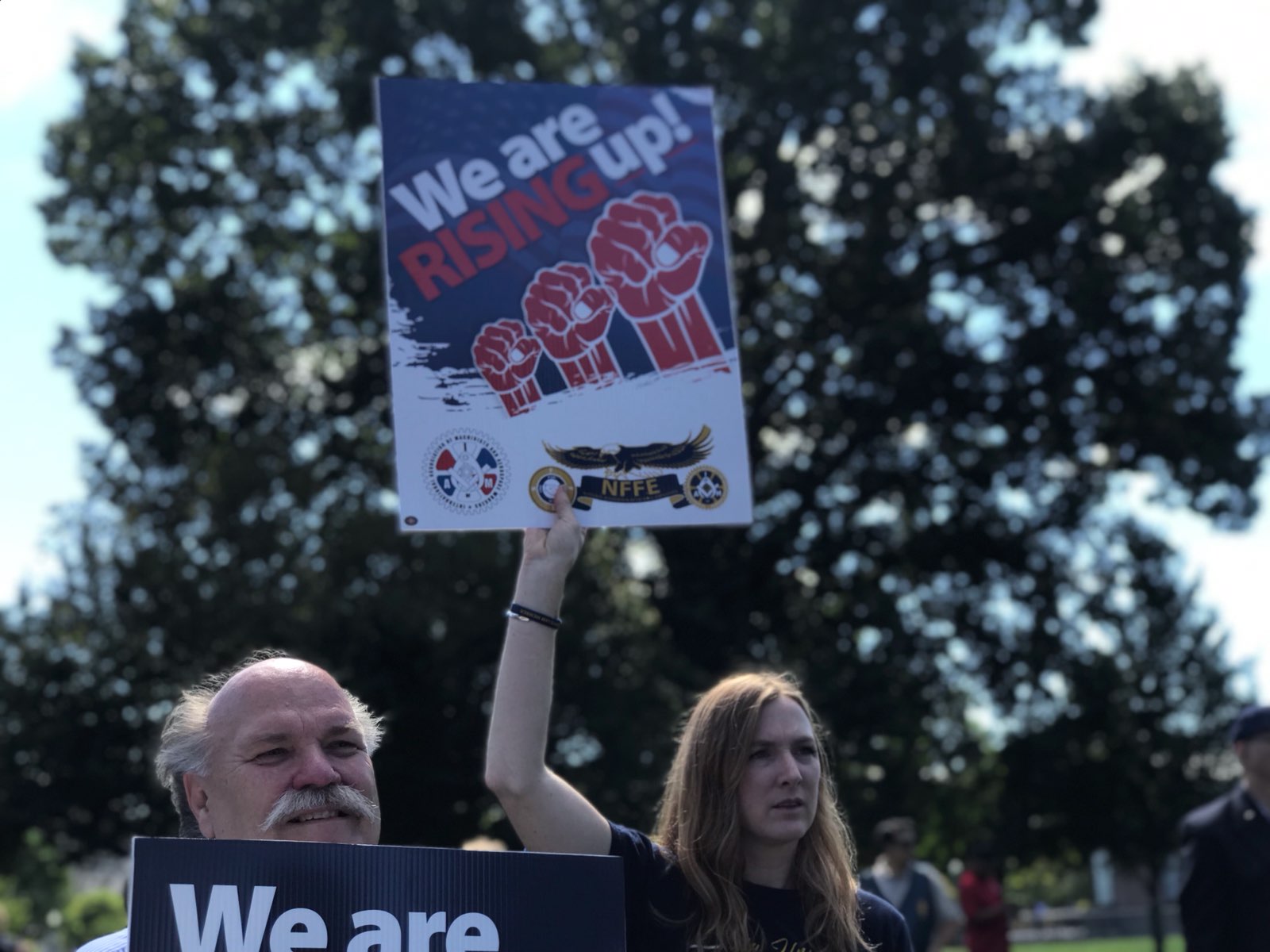 “Employees are exhausted, demoralized, filled with anxiety, and also dealing with heavier workloads due to unfilled vacancies,” said NFFE- IAM Forest Service Council Vice President Region 6 and Local 1968 steward Erin Kidwell, a U.S. Forest Service worker from Oregon  “These are not the steps an agency takes to attract the next innovative generation to choose public service over higher-paid private-sector jobs.”

.@NFFE_Union Forest Service Council member Erin Kidwell, a U.S. Forest Service worker from Oregon- “Hard working, passionate employees who care so much about our public lands are starting to lose the resiliency we were once known for.” #FedUpRiseUp #1u pic.twitter.com/IVXYMVtdi8

Thank you @SpeakerPelosi for standing up for all workers! #FedUpRiseUp #1u pic.twitter.com/CmZsVHsqCM

“This Administration wants to kill due process and fairness in the workplace,” said NFFE- IAM Secretary-Treasurer David Stamey. “They want to hire and fire at-will because they don’t care about discrimination, or qualifications. They want to bring back the corruption of the Spoils System and erase 243 years of hard lessons learned in government.”