‘Fighting on All Levels’ for Camp Pendleton Police Officers 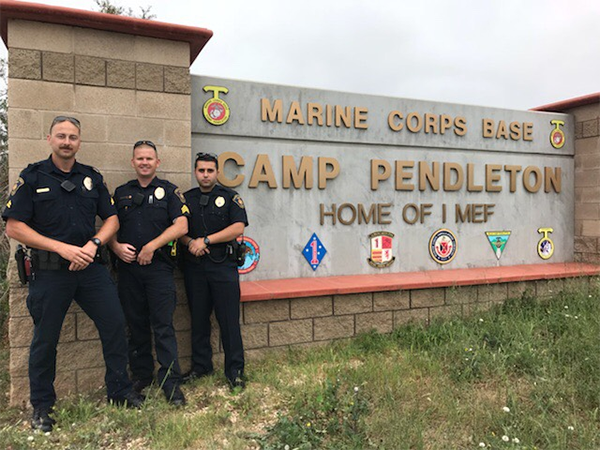 The Department of Defense notified members in April 2017 that an eight-year payroll glitch had caused overpayments for more than 120 active and retired police officers. The DOD’s accounting department allegedly used an incorrect locality-based pay rate from 2008 to 2016. This overpayment caused individual debts ranging from $12,000 to $80,000.

DFAS has suspended the collection of debts, but the debt has not been permanently waived.

NFFE-IAM National President Randy Erwin recently sent a letter to Defense Secretary James Mattis asking for a permanent waiver of debt for the officers. Erwin stressed that this debt is causing widespread hardship for members that are already under stress from recruitment and retention problems within the department.

“This is like waking up to an $80,000 bill on a credit card you never used,” said Erwin. “This is not their fault, they did nothing to deserve this, and it’s not their job to fix this. Even so, these officers are still waiting to receive pay waivers for the government’s mistake. Until they do, we will keep fighting on all levels.”

READ: Civilian police officers at Camp Pendleton given extra time to file waiver requests after being told to return money they were overpaid Orange County Register