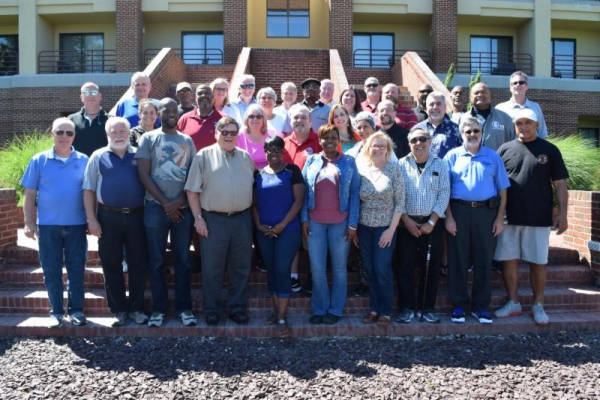 The first-ever Critical Incident Response Training (CIRT) class was held at the William W. Winpisinger Education and Technology Center in Hollywood, MD. The class was developed by the Transportation Department in response to the horrific Pulse nightclub shooting last year in Orlando, which directly affected some of its members.

The 28 participants of the class are active Employee Assistance Program (EAP) representatives selected from all three districts of the Transportation Department. The main goal of the course was to train the students on how to help individuals cope with the effects of a traumatic event or critical incident.

“The safety and well-being of our members is always our first priority,” said GVP Sito Pantoja. “After the shooting in Orlando, we felt an urgency and obligation to develop a class that would properly train our members in the event of another tragedy.”

The course included lectures, mock exercises and real life stories of critical incident experiences; including 9/11, war and airline crashes. In addition to the crisis training, there was training on how to respond to an “Active Shooter”.

In addition to the Pulse shooting, the IAM has responded to numerous incidents over the past twelve months, including the Oklahoma City airport shooting and, most recently, the Fort Lauderdale airport shooting.

“The course was intense and informative,” said EAP Representative Victor Acosta. “It taught me the proper techniques on how to assist and aid in a time of crisis.”

Additional CIRT courses are being developed.