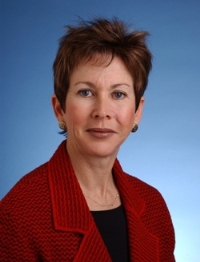 The U.S. Senate has voted to confirm former IAM General Counsel Allison Beck as Director of the Federal Mediation and Conciliation Service (FMCS). Beck becomes the first woman director of the agency, which helps mediate disputes between unions and companies.

“Allison Beck’s confirmation as the new FMCS Director validates what the IAM has always known,” said IAM International President Tom Buffenbarger. “She is dedicated to fairness and characterizes the best of what labor-management cooperation can be. She fought for IAM members for 30 years and she brings a unique perspective to the post she now holds. The IAM is proud of her many accomplishments and continued dedication to America’s working men and women. We congratulate her on this affirmation by the Senate.”

Beck served as General Counsel of the IAM from 1989 to 2010 and as IAM Associate General Counsel from 1980 to 1989. Her previous titles include Appellate Attorney for the NLRB Division of Enforcement, Legislative Coordinator for the Energy Action Committee, and Legislative Aide to the late U.S. Sen. Alan Cranston (D-CA).

Beck becomes the 18th Director of the FMCS since it was created by Congress in 1947. She was nominated for the position by President Obama on September 18, 2014 and has served as Acting Director of the Agency since her nomination. She served for more than four years as FMCS Deputy Director.

The FMCS, created in 1947, is an independent agency whose mission is to preserve and promote labor-management peace and cooperation. The agency handles arbitrations, mediations and contract negotiation disputes.