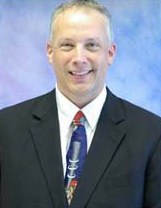 “Steve’s wealth of knowledge, talent, and experience as a Grand Lodge Representative will serve our members in the Southwest well,” said Allen. “All of us in the Western Territory look forward to the contributions Steve will make toward improving the lives of our members and their families.”

A second-generation IAM member, Nickel worked as an Erector Assembler at Beloit Corp. in Beloit, WI from 1979 to 1999, where he joined the IAM.  He became a member of Local Lodge 1197, District 68 and served as Union Steward, Bargaining Committee and Committee Chair, Safety Chair, and as a member of the Organizing Committee.