GOP Tax Plan Bonuses: Proof is in the Pudding 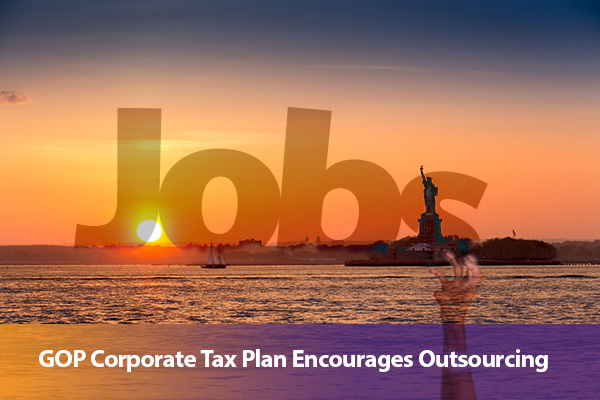 IAM International President Bob Martinez was recently quoted in Bloomberg BNA on the surge of companies alleging that the GOP tax plan is the reason for employee bonuses.

READ: AT&T Promises Bonuses, and Union Responds With a Shrug

“History has shown that wealthy executives will simply use their giveaway for stock buybacks and dividends to shareholders,” said IAM International President Bob Martinez. “Instead of relying on failed trickle-down economics, imagine what could have happened if the $1.5 trillion redistributed to the wealthy was used for rebuilding our infrastructure. The proof is truly in the pudding.”

My story from yesterday on AT&T, Wells Fargo, etc. providing bonuses, higher wages addressed this. Some unions (@CWAUnion @steelworkers @MachinistsUnion) told me they seek long term changes for workers, not a one time check pic.twitter.com/m0WTVnamOl