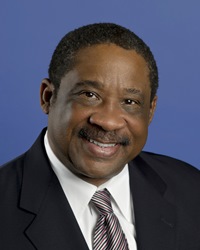 Since being elected as an Internal Auditor of the ITUC in 2014, Roach has been lending his lengthy experience in making certain the organization is financially supported and able to continue its vital work representing millions of workers throughout the world.

“The ITUC is most fortunate to have Robert as its internal auditor,” said IAM International President Tom Buffenbarger. “His experience in union finances is unsurpassed.”

The ITUC’s primary mission is the promotion and defense of workers’ rights and interests, through international cooperation between trade unions, global campaigning and advocacy within the major global institutions. To learn more, visit www.ituc-csi.org.