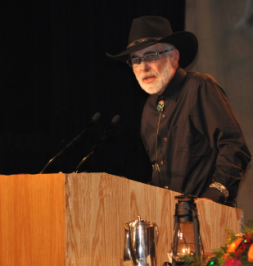 More than 1,500 cowpokes, cowgirls, rustlers, rounders and buckaroos gathered in Las Vegas, NV, last week for a western-themed benefit to celebrate the work of Guide Dogs of America (GDA). The annual event recognizes IAM locals, districts and individuals who volunteer countless hours of service to raise funds for the non-profit GDA, which breeds, trains and provides guide dogs free of charge to sightless individuals.

Known officially as the 29 th William W. Winpisinger Charity Banquet, this year’s event included an emotional farewell to Jay Bormann (pictured to the left), who is retiring after serving as president of the Sylmar, CA-based GDA for more than a decade. Taking over for Bormann as GDA president will be former Eastern Territory Administrative Assistant Dale Hartford. 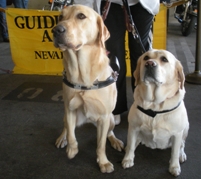