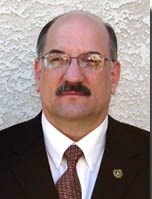 Smith joined the IAM in 1980 as a member of Local 2003 at Ft. Rucker, AL, where he worked as an aircraft mechanic. In addition to numerous responsibilities at the local level, Smith was elected Business Representative for District 75 in 1998. He was appointed to the Southern Territory staff in 2004 and specialized in handling NLRB cases for the Southern Territory office.

“Gaylon Allen is retiring after decades of dedicated service to the IAM, and we’ll all miss him,” said GVP Martinez. “Jeff’s attention to detail and level head makes him a great choice to replace Brother Allen. I wish Gaylon a happy and healthy retirement, and I’m confident Jeff will excel in his new position.”