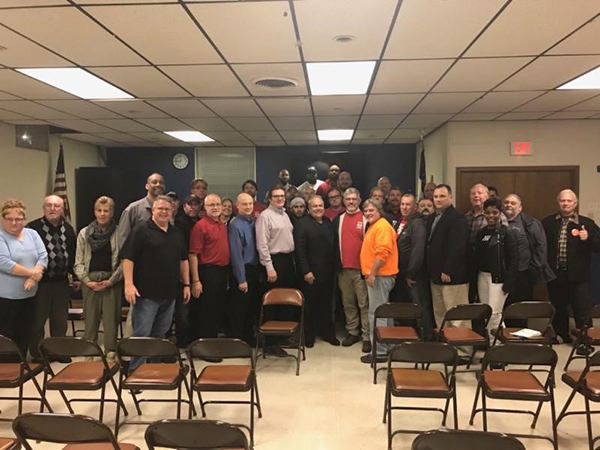 On Tuesday, Transportation General Vice President Sito Pantoja visited members in Philadelphia and attended a meeting at Local Lodge 1776. GVP Pantoja, along with members of the IAM negotiating team on American Airlines, met with local leaders and committee members to provide an update on the status of negotiations. An industry report was also given to the membership, focusing on the American negotiations.

Members expressed their support and solidarity in achieving an industry best contract on American.

Similar meetings are occurring with IAM and TWU leadership across the country. Positive reports have come from those meetings in what is becoming a tsunami of solidarity behind these negotiations.

GVP Pantoja and his staff will visit more locations in the days ahead.