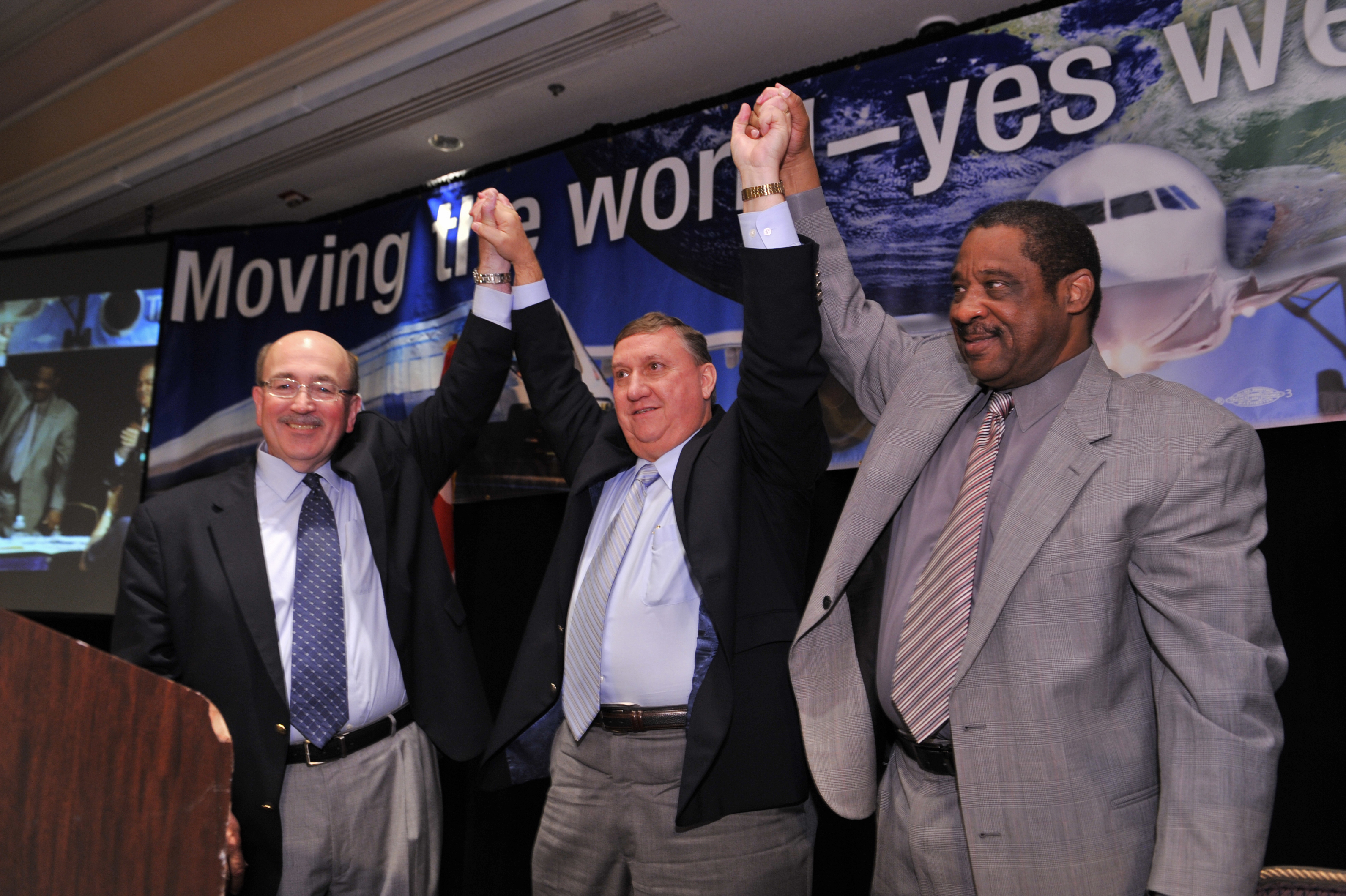 In keeping with the IAM tradition of reaching into the ranks for leadership and experience, International President Tom Buffenbarger announced at the IAM Transportation Conference that Transportation General Vice President Robert Roach, Jr. will succeed Warren L. Mart as General Secretary-Treasurer when Mart retires at the end of this year.

“Robert Roach has led the Transportation Department through the challenges of de-regulation, bankruptcies and consolidations and has always fought to protect our transportation members,” said IP Buffenbarger. “He will bring that same commitment to his new post as General Secretary-Treasurer.” Roach first joined the IAM when he was a Ramp serviceman for TWA. He held numerous positions in his local lodge, served as a District 142 General Chairperson, a Special Representative, a Grand Lodge Representative and then became the General Vice President for Transportation in 1999.

“Warren Mart is retiring after an extraordinary union career that’s spanned more than four decades. During his tenure as General Secretary-Treasurer, he helped guide this union and its members through some of the biggest economic challenges in a generation,” declared Buffenbarger. “Warren Mart was instrumental in ensuring that the IAM will remain financially secure for the next generation of IAM members. We thank him for his many years of service and wish him a happy, healthy and long retirement.”

Mart has served as General Secretary-Treasurer since 2003. He also serves as the Co-Chairperson of the IAM National Pension Fund and the IAM Health and Benefit Trust Fund. Before becoming GST, Mart served as the General Vice President of the Eastern Territory, was a Special Representative and a Grand Lodge Representative, a Directing Business Representative of IAM District Lodge 153, held numerous offices in affiliated labor organizations in Indiana and a host of positions in his local lodge. Mart first joined the IAM when he worked as a welder at Arkla Air Conditioning in Evansville, Indiana.