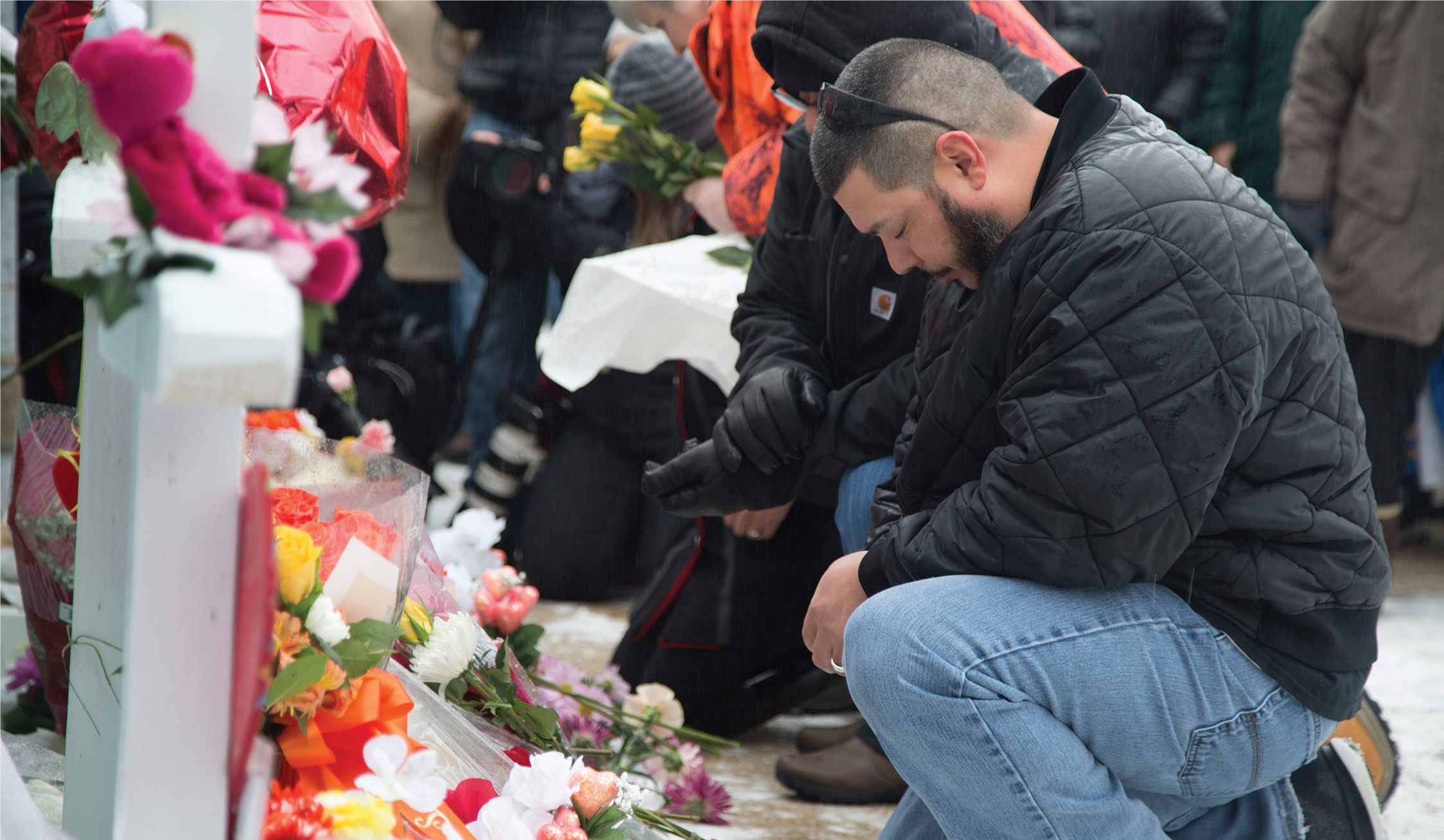 Tragedy in the workplace can come in many forms. IAM members around North America work in some dangerous professions where disaster could strike at any time. In addition to workplace hazards, members are also at risk to outside dangers such as workplace violence, terrorist attacks and cases where domestic violence follows people to work.

On February 15, the lives of the employees of Henry Pratt in Aurora, IL were forever changed. The details are still unclear of what exactly happened the day of the horrific shooting that took the lives of five men: IAM Local 1202 Committee Chairman Russell Beyer, IAM Local 1202 member Vicente Juarez, Plant Manager Josh Pinkard, Human Resources Manager Clayton Parks and Intern Trevor Wehner. A tragedy such as this can have a life-long impact on the families who lost loved ones and the coworkers who witness the violence. 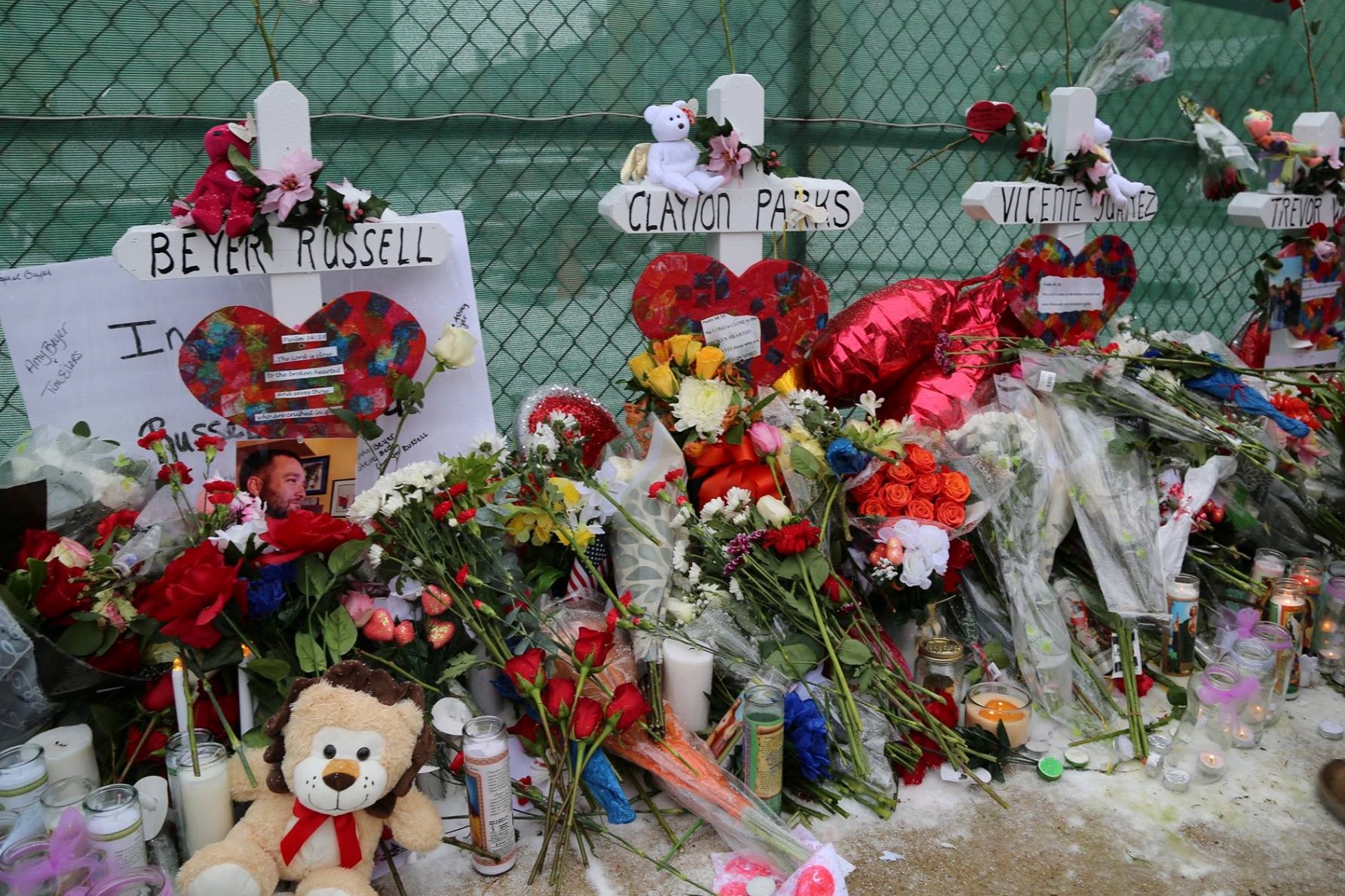 As soon as news of the shooting got out, members of the IAM Transportation Department’s Critical Incident Response Team (CIRT) were called into action. Many of them keep a travel bag of clothes ready to go in a moment’s notice for situations like this.

Acts of workplace violence subject witnesses to psychiatric stresses including Post-Traumatic Stress Disorder (PTSD). If undiagnosed or untreated, these stresses can cause a litany of problems and affect them for the rest of their lives. It is essential those affected by these cases of workplace violence be recognized and attended to immediately.

“We now know that the sooner you get there, the better off you are to address the needs of those affected,” said IAM District 141 Director of EAP and CIRT Team member Bryan Hutchinson. “Getting in early helps head off potential damage down the road. If you get in and you start talking about and dealing with trauma, you can actually prevent Post-Traumatic Stress Disorder from happening down the line.

“We do what’s called psychological first aid. We go in and stabilize, make sure people have a roof over their head, food and their basic needs are met and they have support.” 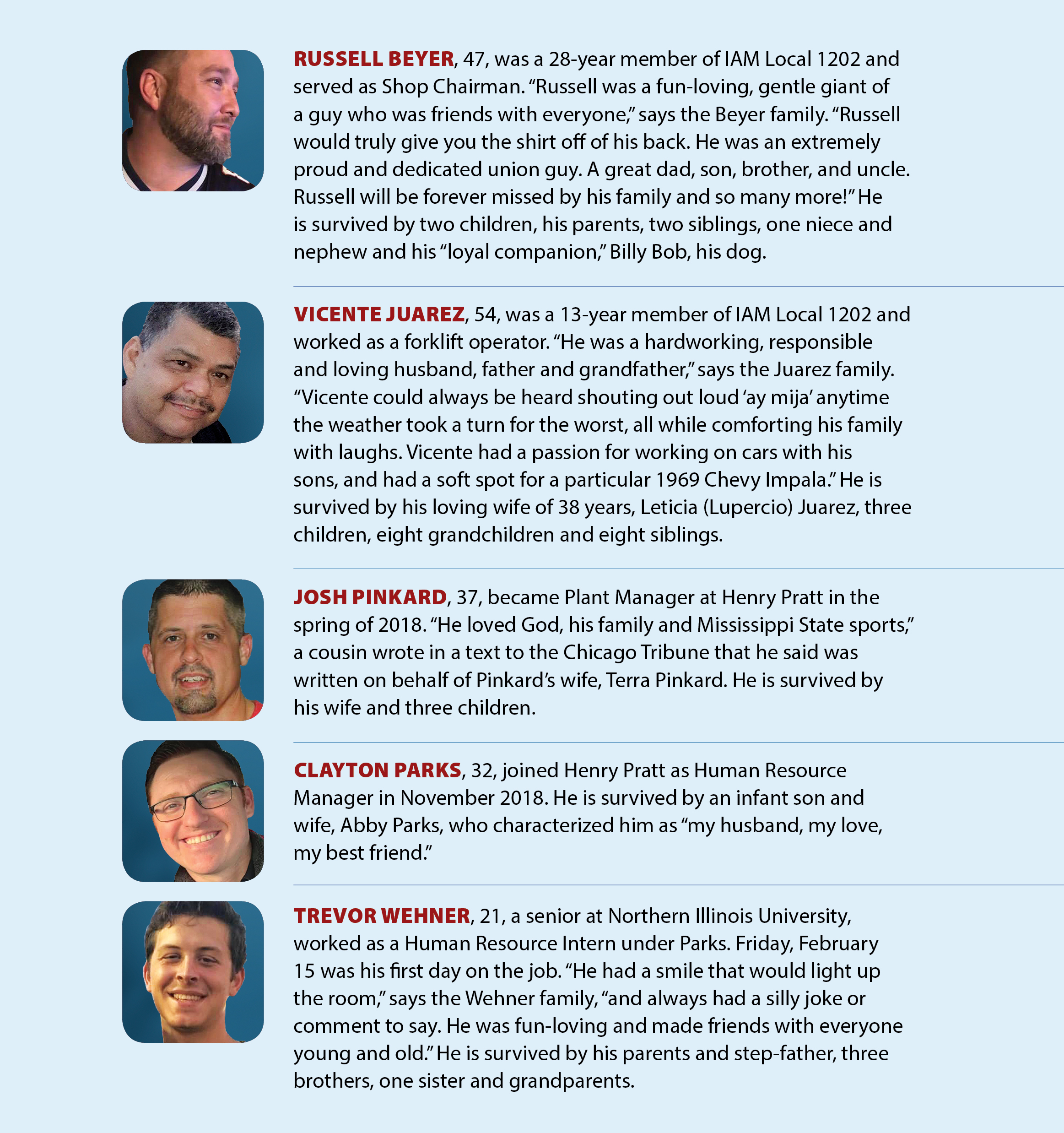 “I can’t say enough about the professionalism and competence of our CIRT Team,” said District 8 Directing Business Representative Steve Jones. “Their dedication was incredible.”

Jones has serviced the members working at Henry Pratt since 2010, so the shooting had a deep and personal impact. With around 70 members at the plant, there are no strangers. Having union members experienced in these situations there to talk to is important, especially with such a close-knit group.

“When someone has experienced a traumatic event such as this, the last thing they need to hear is ‘press one for assistance’ on the other end of the phone,” said Schultz.

Sadly, IAM CIRT has gained a wealth of knowledge from the past tragedies IAM members have been forced to endure. This real-world experience has proven to be extremely beneficial in helping members.

When tragedy hits the workplace, it’s overwhelming for everyone involved. That is where the training and experience of the CIRT members pays off.

“They look for guidance anywhere they can get it, so it needs to be the right kind,” said Schultz. “It’s very important the direction and assistance is helpful, because you can do more harm than good if not.”

The high praise CIRT received from their work in Aurora caught the attention of everyone involved. “I had heard of it, but never understood exactly what the CIRT Team did,” said Jones. “To see them in action galvanized my belief in the need for this resource.”

Local 1202 President Rick Johnson is extremely thankful for the assistance provided from the CIRT members.

“You don’t know how good a program is until you have a chance to see it in action,” said Johnson. “It was impressive. I don’t believe we would have gotten through this without them.”

The Midwest Territory also recognized the need. In the aftermath of the tragedy and the response, General Vice President Steve Galloway has set up training for representatives from the territory to receive mental health first aid training. This will help union representatives better identify, understand and respond to signs of mental illness in our workplaces.

The response from the IAM didn’t focus only on the union family, but also the Aurora community. The IAM Midwest Territory was recognized for donating $10,000 to the #AuroraStrong Community Fund which was officially administered by the city to relieve the extreme financial burdens families experienced during this difficult time. IAM Local 192 donated $2,132 along with other IAM Locals across the country.

The #AuroraStrong GoFundMe was shared across all the Machinist Union social media platforms. To date that campaign raised nearly $500,000 to help the families.

Moving forward, Jones is focused on three goals for Local 1202. 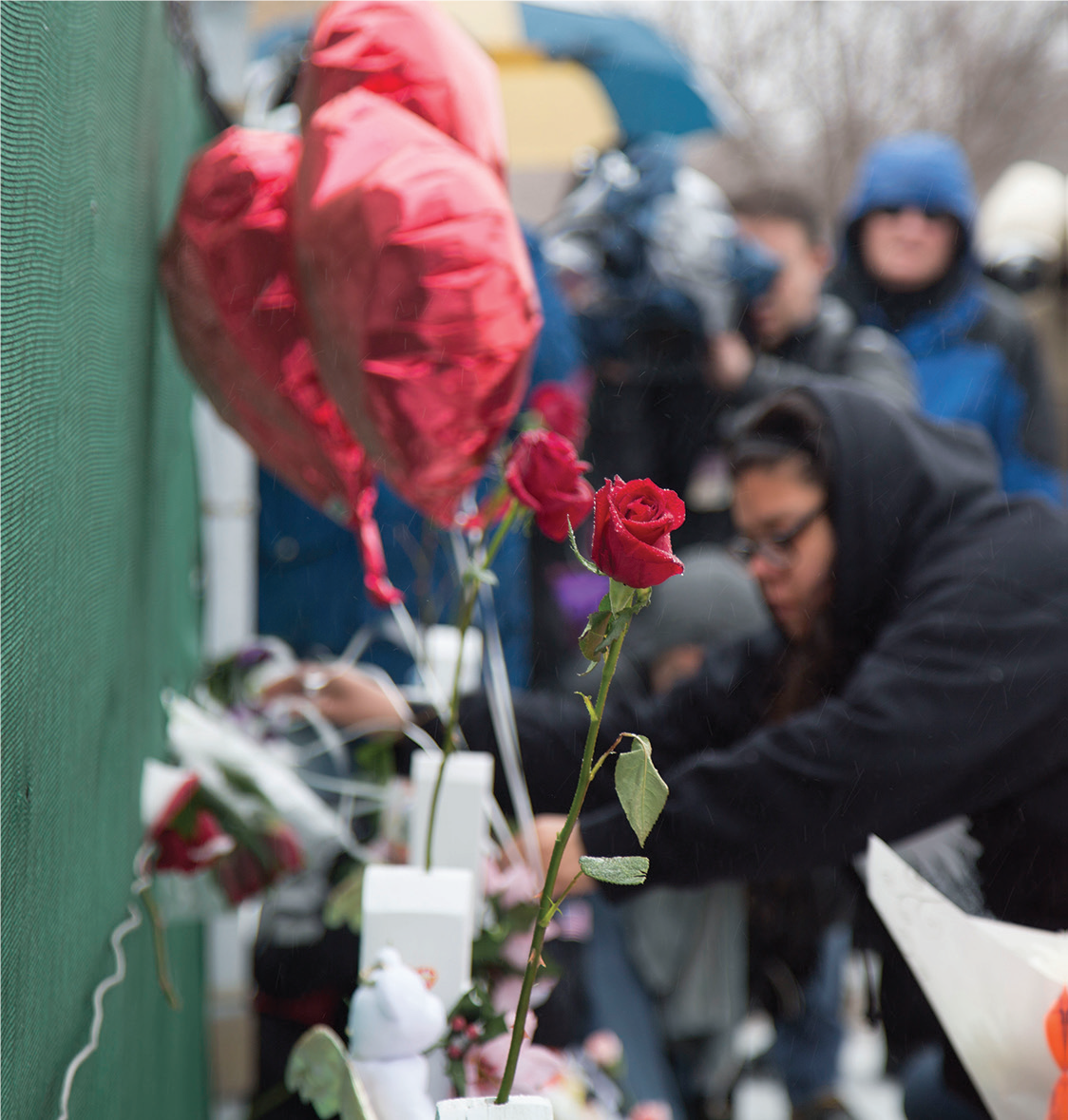 “We must have a safe environment for everyone to work in, provide resources so no one has any long-term effects and then we memorialize the ones we lost,” said Jones.

Jones is not only grateful for the immediate assistance after the tragedy, as he was quick to give accolades to Local 1202 member Tim Williams, also injured in the shooting, for his actions on that dreadful day.

“Tim, always level headed, acted deliberately to alert and save his coworkers in a terrifying moment of chaos,” said Jones. “It was a truly heroic act that deserves to be recognized. I would like to personally thank and honor Tim for that.”

From time to time disaster and tragedy strike our workplaces. No matter the cause—natural or man-made—our response and reaction is important. IAM members across North America can rest assured that their union is on the leading edge when it comes to addressing the needs of those affected by unfortunate circumstances.

“People need to know that help is out there, no matter what setbacks they’re dealt or what they’re going through,” said Johnson.

As for our Brothers and Sisters at Local 1202, they’re rebuilding.

“Thanks to our union and the help that was provided, we’re all in a hell of a better place now,” said Jones. “Our members are healing while being very productive. Their resilience is amazing.”