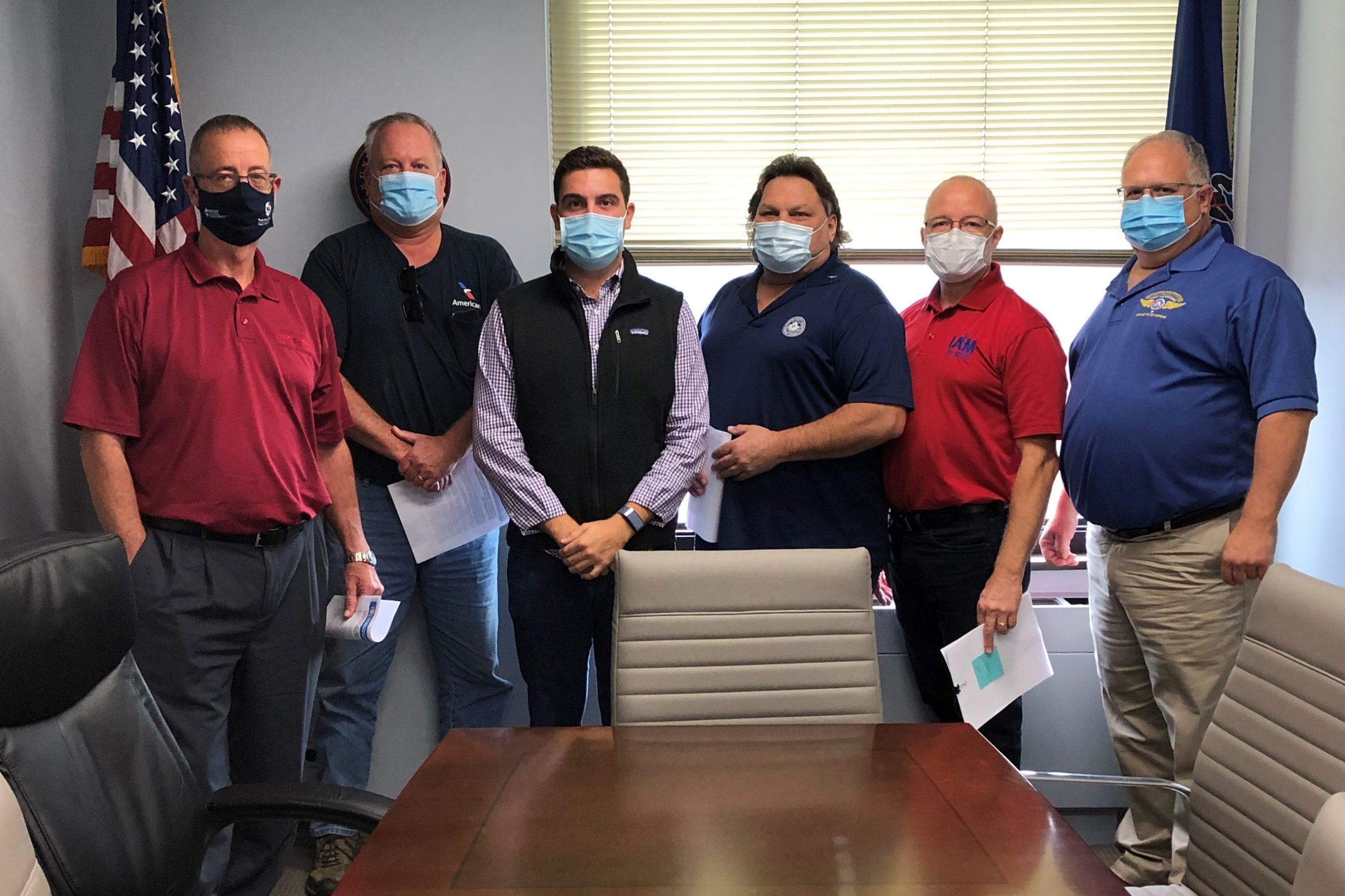 As part of the IAM Airline Day of Action, IAM airline members have been making thousands of phone calls, sending countless emails and meeting with their elected officials all across the country today virtually, and in person, demanding that Congress act now to pass legislation that would stem hundreds of thousands of layoffs slated to begin on October 1, 2020.

Mario works at @United at #LAX. Unless Congress acts, Mario and his wife will be furloughed on Oct. 1. They support two small children.

Here’s how you can take part in the IAM Airline Day of Action:

– We need your help, @SenateMajLdr. Without a clean extension of the airline #PayrollSupportProgram, hundreds of thousands of frontline airline workers will be furloughed when the program expires on September 30th. Please get to the negotiating table now.

– [INSERT SENATOR’S TWITTER HANDLES] Congress needs to put politics aside and get a deal done now to save the livelihoods of hundreds of thousands of airline workers. Pass a clean extension of the airline #PayrollSupportProgram today.

– [INSERT SENATOR’S TWITTER HANDLES] In a few short weeks, airline workers will not have healthcare during a pandemic. Congress needs to pass a clean extension of the airline #PayrollSupportProgram now.

– [INSERT SENATOR’S TWITTER HANDLES] Airline workers have worked through the COVID-19 pandemic. Now, it’s Congress’s turn to take care of these heroes. They need to pass a clean extension of the airline #PayrollSupportProgram now.

“The Trump Administration and strong bipartisan majorities in the House and Senate all agree that airline workers and the industry as a whole need further aid to prevent hundreds of thousands of layoffs and great harm to the U.S. economy,” said IAM General Vice President Sito Pantoja. “The IAM calls on Senate Majority Leader McConnell to support the U.S. airline industry. This industry drives over a million jobs and pumps trillions of dollars into our economy. We cannot turn our backs on this most vital sector of our economy.”

“The airline Payroll Support Program has been one of the most successful jobs programs in U.S. history,” said IAM International President Robert Martinez Jr. “Congress must stop the partisanship and extend relief for hundreds of thousands of airline workers. These men and women will make their voices heard in November and they will remember who stood with them and who stood against them to save the airline industry and their livelihoods.”