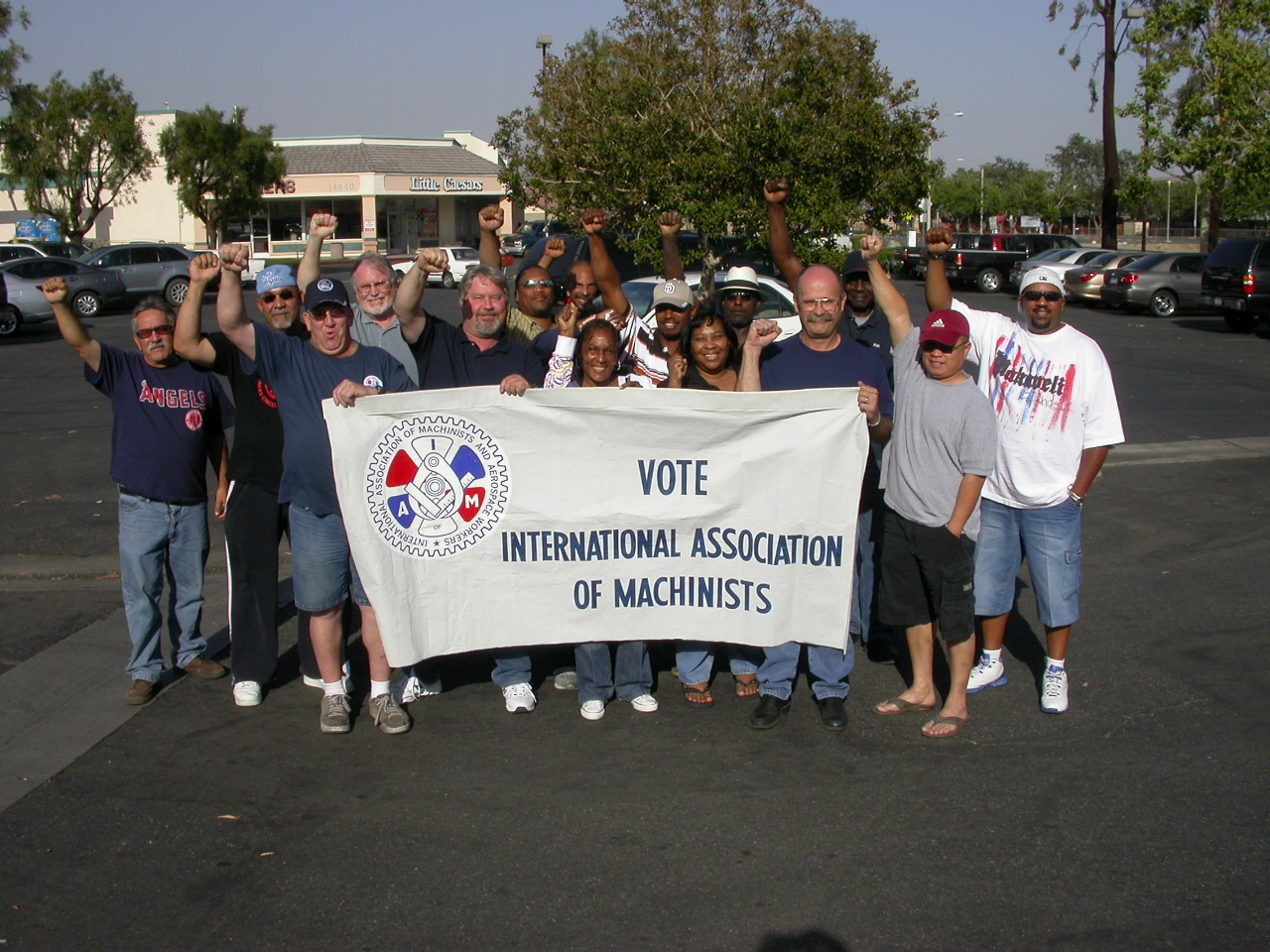 Above, new members of District 725 working for EMI at March ARB rejoice in saying “union yes.”

May growth in the Western Territory blossomed with successful organizing efforts in the following areas:

Efforts continue in many other areas around the region as well.  If you have an organizing lead, remember to contact your Local or District Lodge Organizer, or the Western Territory Organizing Lead, Steve Cooper, at scooper@iamaw.org.