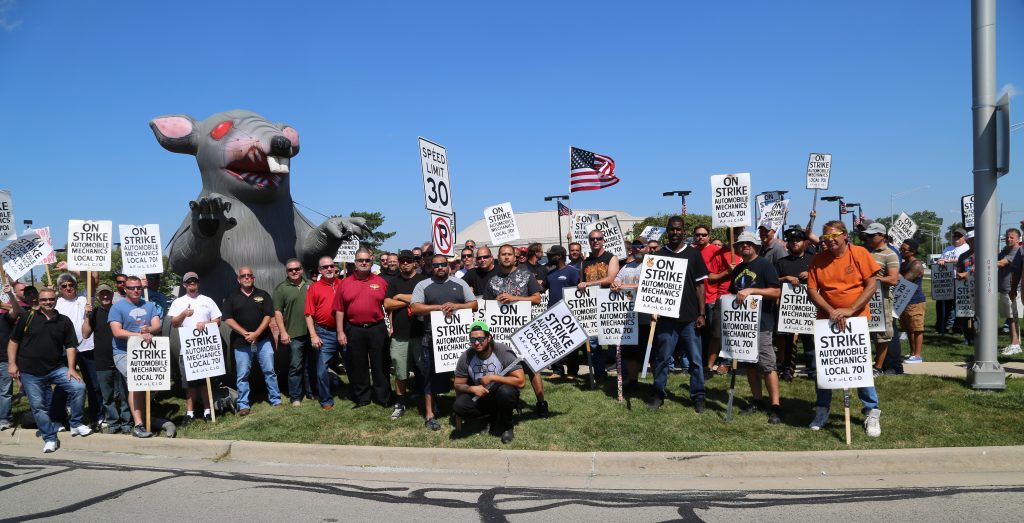 The U.S. Supreme Court has declined to hear a challenge from a Cadillac dealership in Naperville, IL, giving IAM Local 701 a huge win stemming from a strike against the Chicago New Car Dealer Committee in 2017. The recent ruling upheld a lower court decision which found the dealership unlawfully threatened an IAM Local 701 mechanic when a manager told the mechanic “things would not be the same” if he went on strike.

“This is a great victory for the labor movement and this decision protects our right to strike without any intimidation from management,” said IAM Local 701 Directing Business Representative Sam Cicinelli.

“Unions have the right to strike free from intimidation and threats, and this decision by the Supreme Court to reject the dealership’s frivolous protest affirms bullying tactics from management will not be tolerated against our members exercising their rights,” said IAM Midwest Territory General Vice President Steve Galloway. “The Machinists have, and always will, fight back against any scare tactics against our members.”