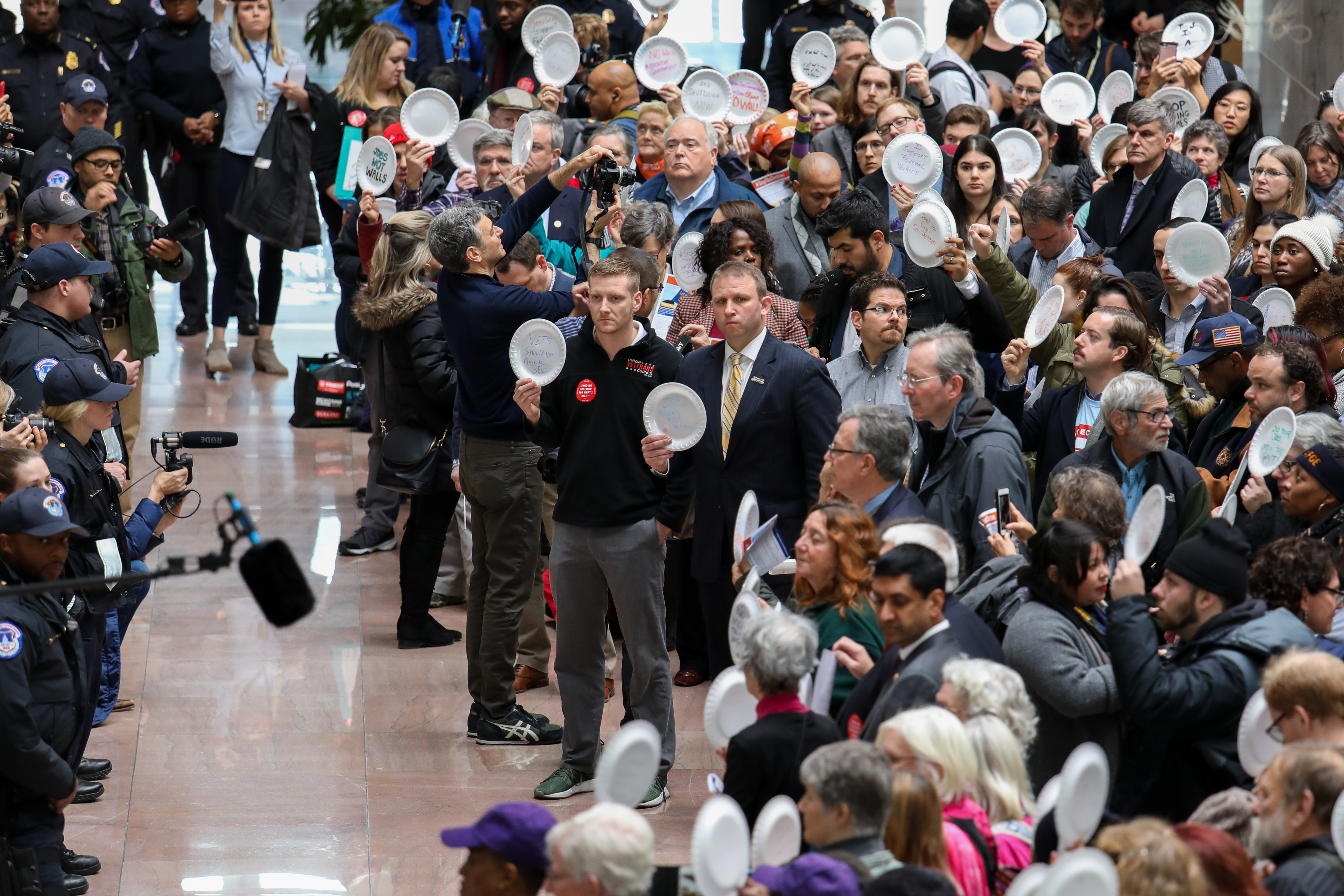 Hundreds of federal workers and supporters gathered at the Hart Senate Office Building in Washington, DC calling for an end to the government shutdown. The crowd occupied the atrium of the building holding a moment of silence for 33 minutes, one for each day of the shutdown.

See photos from the event.

After the moment of silence, the crowd began a chorus of various chants including “We Want to Work” and “Stop the Shutdown.”

Following the rally, a delegation of union members and supporters including NFFE-IAM Federal District 1 President/Directing Business Representative Randy Erwin took part in a display of civil disobedience outside Senate Leader McConnell’s office and were arrested.