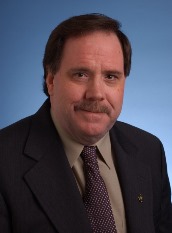 IAM Safety and Health Director Mike Flynn retired after over 42 years as a member, representative and staff member. Flynn’s retirement was effective June 1, 2015.

“We all owe a debt of gratitude to Mike for a journeyman’s job serving as steward for the safety of our members,” said IAM International President Tom Buffenbarger. “Mike always has and always will be a Machinist through and through. We wish him all the best in his retirement.”

Flynn became an IAM member in 1973 upon his employment with Eastern Airlines in Washington, DC. During his career as an airline mechanic, Flynn served in various local lodge positions at both the Miami and Atlanta maintenance base operations. In 1986 he was elected President of Atlanta Air Transport Local 1690 and served the duration of the historic 19-month Eastern Airlines strike. In 1991 he began his full-time union career at the Grand Lodge with IAM CARES. He was appointed Director of the IAM Safety and Health Department in 1996.

“IAM members always knew they had a fighter in Mike,” said IAM General Vice President Diane Babineaux. “We’re extremely grateful for his tireless advocacy on behalf of every IAM member.”