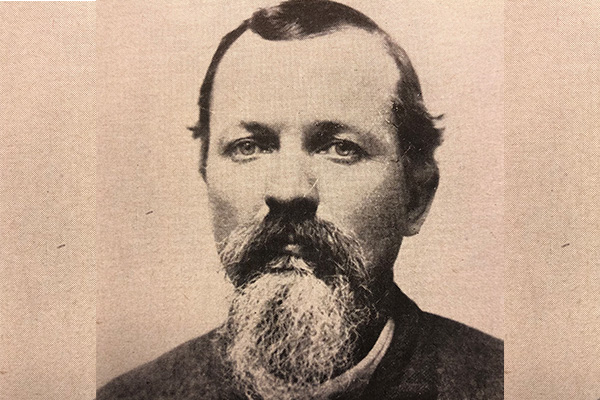 On May 5th 1888, Thomas W. Talbot organized what we now call the International Association of Machinists and Aerospace Workers (IAM). On that day, 19 railroad workers in a locomotive pit, tired of poor employment conditions, founded a union that would eventually boost pay and quality of life for millions of future IAM members.

A year later, Talbot would preside over the union’s first convention, which took place inside the Georgia State Senate Chambers in Atlanta. On the evening of May 6, 1889, Talbot would make a speech that laid the foundation for one of the most powerful labor unions in North America.

“Ladies and gentlemen. I thank you for your kind attention,” said Talbot, whose original title wasn’t president, but grand master machinist. “I extend to you a hearty welcome and cordial greeting.”

Back then the IAM, which was initially named the United Machinists and Mechanical Engineers of America, had grown from 19 members to more than 1,500 in the first year alone. Talbot’s initial vision was for the union to establish a fair and safe work environment in a dangerous railroad industry that was ripe with greed.

Talbot described the state of the trade as: “greatly impaired and abused by incompetent workmen–men who had served no apprenticeship–and who knew little or nothing about the trade. They would be given exceedingly low wages, and knowing their worthlessness, would accept the same.”

During that speech, Talbot urged delegates to build a union of well-paid, highly skilled workers with a stellar reputation that could transcend the rail industry.

“We propose, by our united efforts along these lines, to devise plans by which we can find immediate and profitable employment for worthy members, and to increase their daily wages to a more liberal basis,” said Talbot. “We desire, by the exchange of ideas and practical experience, to establish the means by which those in our trade may be so educated and elevated that they may be worthy of the vocation to which they have been called.”

At one point in the 1880s, at least one in 35 railway workers were severely injured annually. Risk of injury was so common that many rail companies employed private surgeons. During his speech, Talbot envisioned a union that could care for those who had suffered.

“We propose to create a fund for the relief of our sick and disabled members, and a life endowment for the families of our deceased brethren,” said Talbot.

Talbot was a respected leader who would guide the union for its first two years. Michael J. Griffin, who would join the union in 1890 at age 20, personally knew Talbot. In 1947, he discussed Talbot’s legacy with the Machinists’ News and considered him a bold and courageous trade unionist.

“I tell those young machinists that Tom was a great man,” said Griffin. “They owe him a lot of debt of thanks for the fine splendid organization he started for them.”