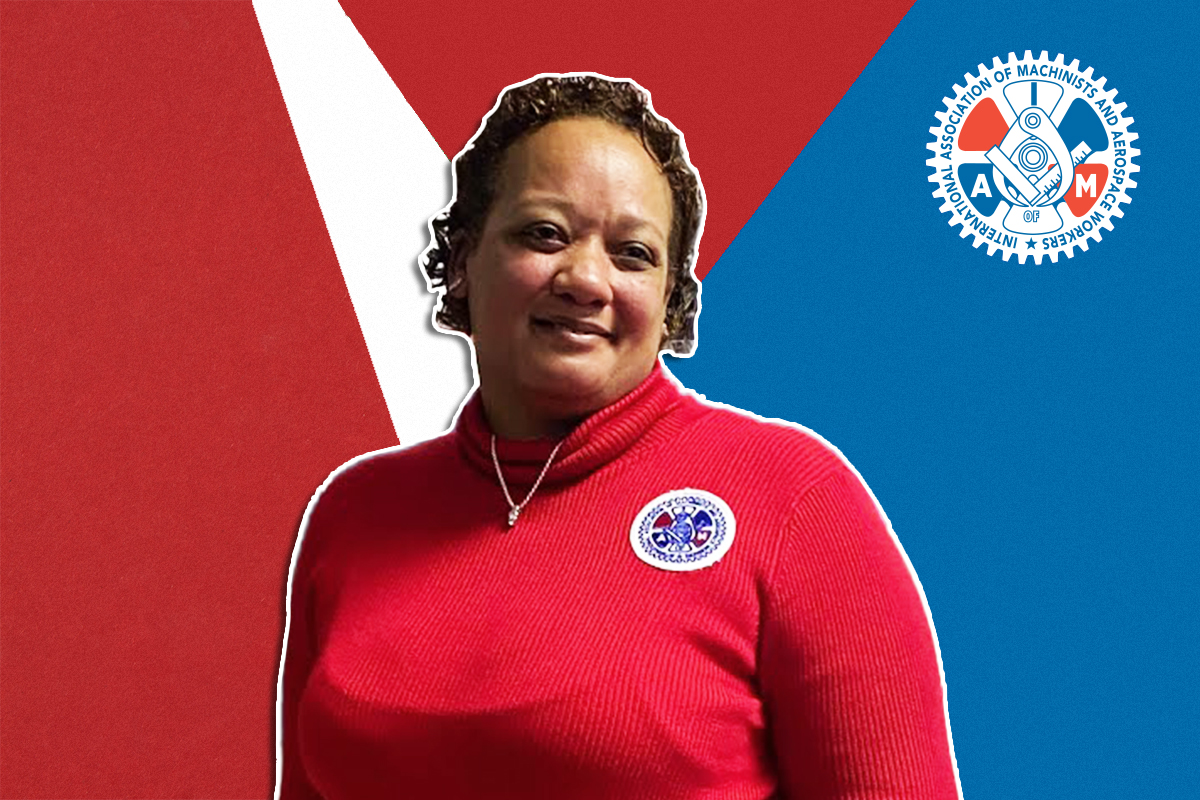 Helena Thornton started her career in August 2006 with US Airways in Charlotte,  NC as a part-time fleet service agent. She was elected as a Shop Steward in 2008, and in 2010, she ran for Victory Lodge 1725 Conductor Sentinel—and lost by only three votes.

Despite the obstacles of working in a male-dominated field and being a single mom, Thornton never gave up.

“If nothing else, this gave me the strength, drive and the determination to overcome any obstacle,” said Thornton.

Her hard work and determination to learn more paid off when she ran again in 2013 for Conductor Sentinel and won. She also became a delegate for her Local Lodge and attended her first Grand Lodge Convention in Toronto, as well as the Transportation Conference and the Women’s and Human Rights Conference. During this time, she served on her Local Lodge’s Women’s Committee, where she worked to revamp the committee’s mission.

During her term as Recording Secretary, she was appointed to be an auditor to District 141 by President and Directing General Chair Michael Klemm. In 2019, Thornton was one of the three honorary recipients of the Community Service Award from the Women’s Department at the IAM Women’s Rising Conference. In 2022, Thornton was elected as the first woman president of her lodge.

Thornton notes that she was fortunate to be given all the training to ensure that members were represented to the best of her ability. She also notes the help she received from her assistant general chairs, who got her more involved on the district level. She also credits IAM women in leadership roles, and how they were always supportive of any and all women in whatever role they wanted.

“Without a doubt, the mentorship and leadership that I received from the William W. Winpisinger Center is one that could never be replaced,” said Thornton. “I can honestly say the relationships that are built there are for a lifetime.”

“Helena is a very determined individual who has time and time again proven herself to be a strong union leader,” said Richie Johnsen, IAM Chief of Staff to the International President. “Becoming the first woman President of Local Lodge 1725 is a significant accomplishment, and I applaud her.”

Thornton admires and can relate as a mother to Mamie Till-Mobley, an American civil rights activist whose son, Emmett Till, was kidnapped and murdered after being wrongfully accused of whistling at a white woman at a grocery store. She fought to bring justice for her son and educate people on discrimination.

Thornton’s advice to members is to get involved. She encourages her IAM Brothers and Sisters not to get discouraged and feel like they may not fit in, because every person has a place in their local, as well as their union.

“At the heart of it all, it’s about unionism and what we stand for,” said Thornton. “Always strength in numbers as Fighting Machinists do.”

Her hope is for people is “to learn to respect everyone no matter of race, ethnicity, gender and equality. Because everyone bleeds red, so we’re not as different as people want us to be. Let’s just respect and love each other.”

Thornton also encourages people to learn the Black history for themselves, not what others perceive it to be.