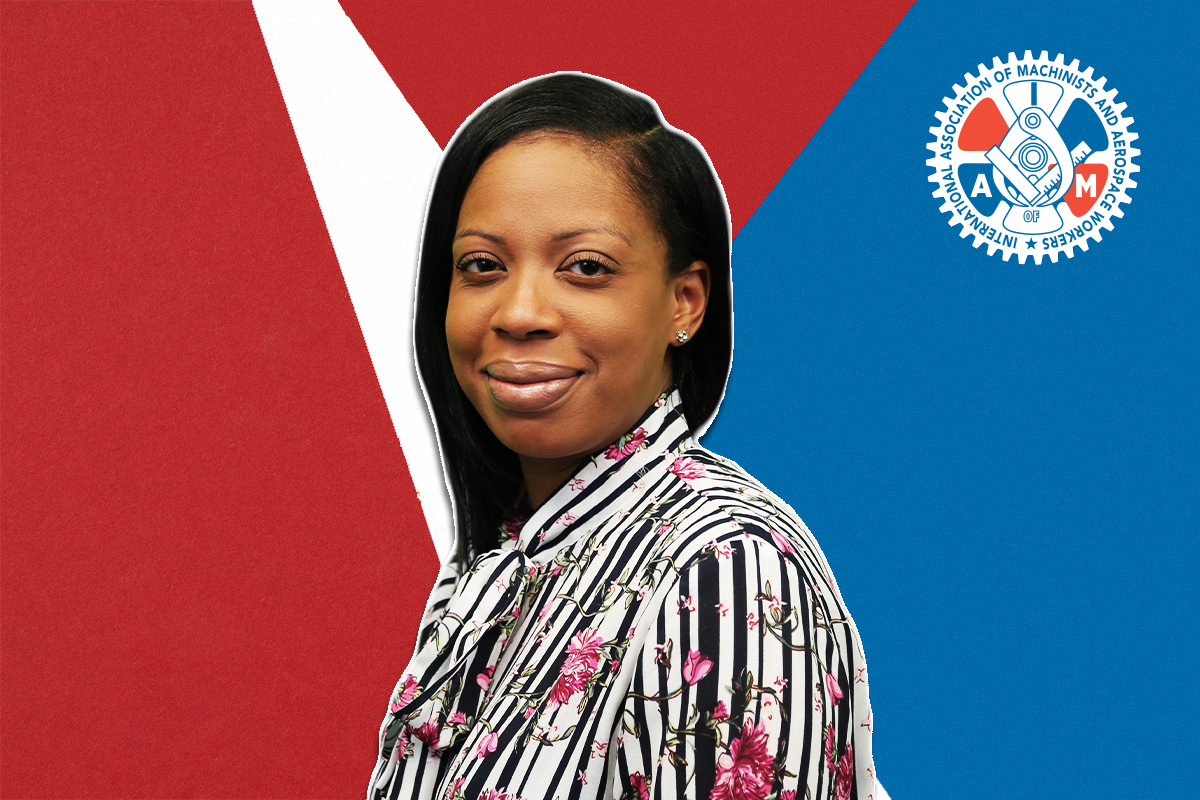 This afforded her the opportunity to dive even deeper and work closer with the membership, where she says she “learned first-hand the importance of effective servicing and how the work we do directly impacts our membership and their families.”

In this role, Egwuekwe-Smith helped develop and implement cutting-edge programs for contract negotiations, organizing and political communications for the Midwest Territory.

Smith says her parents are her mentors and inspiration.

“Together they raised five strong black women, of which I am the youngest,” said Egwuekwe-Smith. “Even though we grew up in an area that was not always the safest place to raise a family, they were able to shield my sisters and I from a lot of what was going on in the streets. Their hard work allowed all of us to attend top elementary and high schools, and each of us went on to attend Historically Black Colleges and Universities. It was my parents who taught me the importance of hard work. It was my parents who taught me that I could be anything I wanted to be. For that, I am forever grateful.”

In 2020, Egwuekwe-Smith was appointed Midwest Territory Chief of Staff, the first Black woman to hold the position. Midwest Territory General Vice President Steve Galloway says that in the summer of 2020, Egwuekwe-Smith “was on the top of his list” for the job when then former Chief of Staff Luther Williams made the personal and unselfish decision to retire from the IAM.

“My decision was very easy, as LaToya showed leadership qualities from the time she joined the IAM,” said Galloway. “Her expertise, dedication, and respect throughout the IAM was only equaled by her cultural pride and fight for justice. LaToya’s knowledge, tenacity, work ethic and leadership qualities are second-to-none. Her proven ability to multi-task and work with our staff and membership exemplifies how well respected she is in the IAM. LaToya’s ability to build relationships and mentor others throughout her career in the IAM proves that she is an effective leader that will only continue to grow stronger for our organization.”

Egwuekwe-Smith notes that effective leadership does not exist without obstacles.

“Being a woman of color in a room or at a table where no one else looks like you has its own set of challenges,” said Egwuekwe-Smith. “My round-the-clock work ethic, being a huge stickler for the details, and keen ability to meet people where they are, while at the same time share mutual respect for every human being I come across is how I’ve been able to overcome many challenges as a leader. From a cultural standpoint of being an African-American woman, I’ve always simply stood in my truth: I’m Black. And I’m a woman. And I make no apologies for either of those two facts.”

Egwuekwe-Smith’s advice to members is to “be the change you want to see,” as Gandhi once said.

“Representation is important,” said Egwuekwe-Smith. “An organization in which its leaders don’t reflect its membership lessens that organization’s effectiveness.”

For Black History Month, COS Smith reflects that “Oftentimes, you hear people say, ‘I’m colorblind. I don’t see race or color.’ While such a statement may seem honorable and politically-correct, the truth is I need you to see my color. I need you to see my race. Because that’s what makes me me. It’s a part of who I am.”

“It’s important that we as a country recognize that Black History is U.S. history,” said Egwuekwe-Smith. “It would be great if we all committed to digging deeper into the contributions of African Americans this Black History month. If we could commit to learning something new that perhaps we never learned before. While we as a country will forever be indebted to the contributions of Dr. Martin Luther King, Jr. and Rosa Parks and Oprah Winfrey and Frederick Douglas, we cannot forget the hundreds of other unsung Black heroes that tend to get overlooked.

“Folks like Henrietta Lacks, who unbeknownst to her, her immortalized cancer cells have become the backbone of modern-day medicine. Her family has yet to be compensated. Or, that some of the United States’ most symbolic buildings – the White House, the U.S. Capitol, Georgetown University – were built by slaves. This history should not only be important to African-American people. It should be important to all people,” said Egwuekwe-Smith.