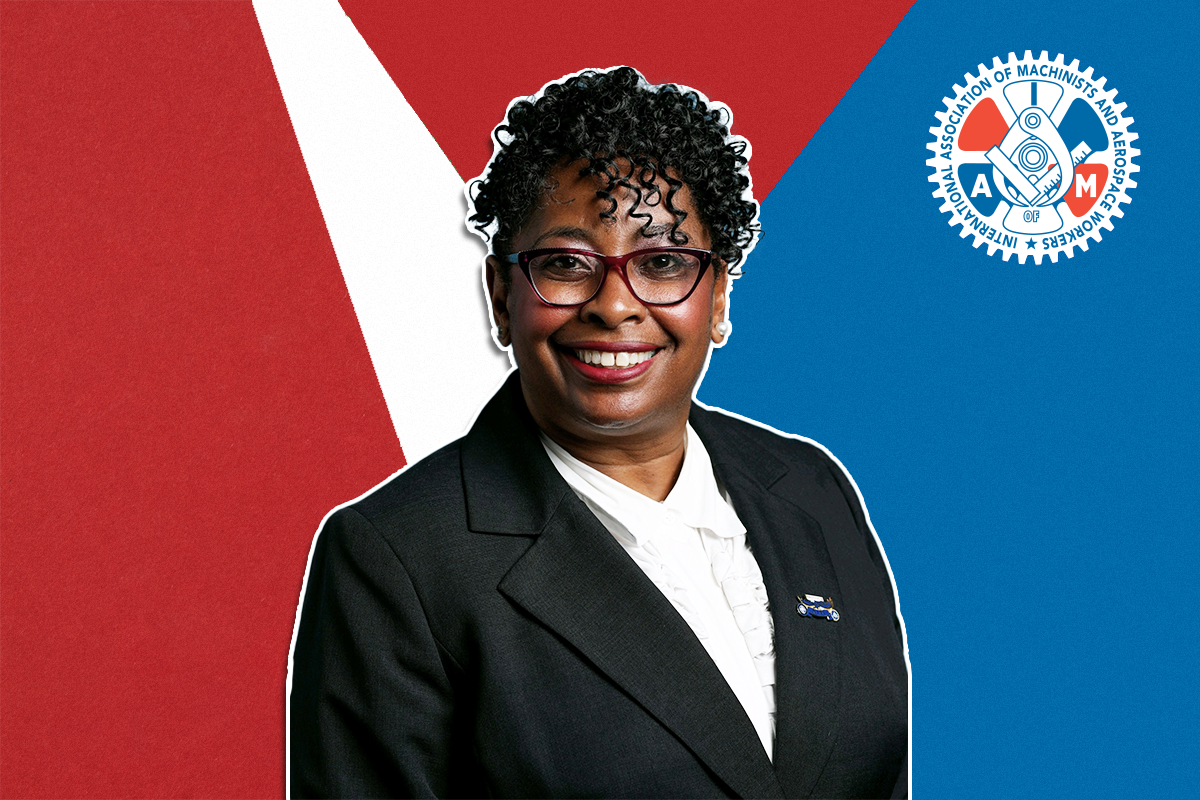 Lisa G. Foust joined the National Federation of Federal Employees (NFFE-IAM Federal District 1) 22 years ago. She was the first Black woman to serve as a NFFE-IAM National Vice President.

“Lisa earned her spot on NFFE’s National Executive Council by doing great work as the president of NFFE-IAM Local 178, increasing her skills by taking classes at the Winpisinger Center, and building her reputation over time with local and national leaders within the union,” said NFFE-IAM National President Randy Erwin. “Once she made it her goal, there was no doubt in my mind that Lisa was going to reach NFFE’s National Executive Council. Now she is there, and she is doing great work for NFFE-IAM members in that role.”

Foust has held many positions at NFFE-IAM Local 178, including President, Recording Secretary and Local Delegate. She also serves as the Secretary-Treasurer of the Maryland-District of Columbia State Council of Machinists.

“Lisa is as committed as anyone you could find in making sure that everyone in the union has their voice heard, is included, and is respected,” said Erwin.

“The reason I joined the union is I was invited to a union meeting by someone I held in high regards,” said Foust. “Shortly after that meeting, she invited me to an organizing event and I joined.”

Foust admits facing struggles trying to advance, like having her voice heard as a Black woman, saying it has always been a struggle and it remains true today.

She is thankful for any union Brothers and Sisters for their help along the way, but two stand out to her. She remembers meeting now-retired IAM Government Employees Director Frank Carelli on a NFFE-IAM Local 178 organizing campaign. After she joined, he encouraged her to take classes at the Winpisinger Center and learn more about unionism and the IAM. She also gives credit to the IAM’s Lonnie Vick for helping her put things into perspective and pushing her to understand the IAM Constitution.

Foust advice for Black members starting out in the union is to know their value and what they bring to the table.

“Don’t allow yourself to be marginalized,” said Foust. “If the door is locked, don’t quit, take matters into your own hands.”

Foust emphasizes the value of education, which she believes “must precede any great fundamental change in society.” She also emphasizes the importance of rising above politics and speaking the truth to be unshakable in the fight for workers’ rights.

Foust admires Lucy Parson, saying, “Lucy’s activism challenged the racist and sexist sentiment in a time when Americans believed that a women’s place was in the home.”

“Anything can be accomplished if you do not waver or become disenfranchised,” said Foust. “Surround yourself with like-minded, forward-thinking people, and give grace to peoples’ shortcomings.”