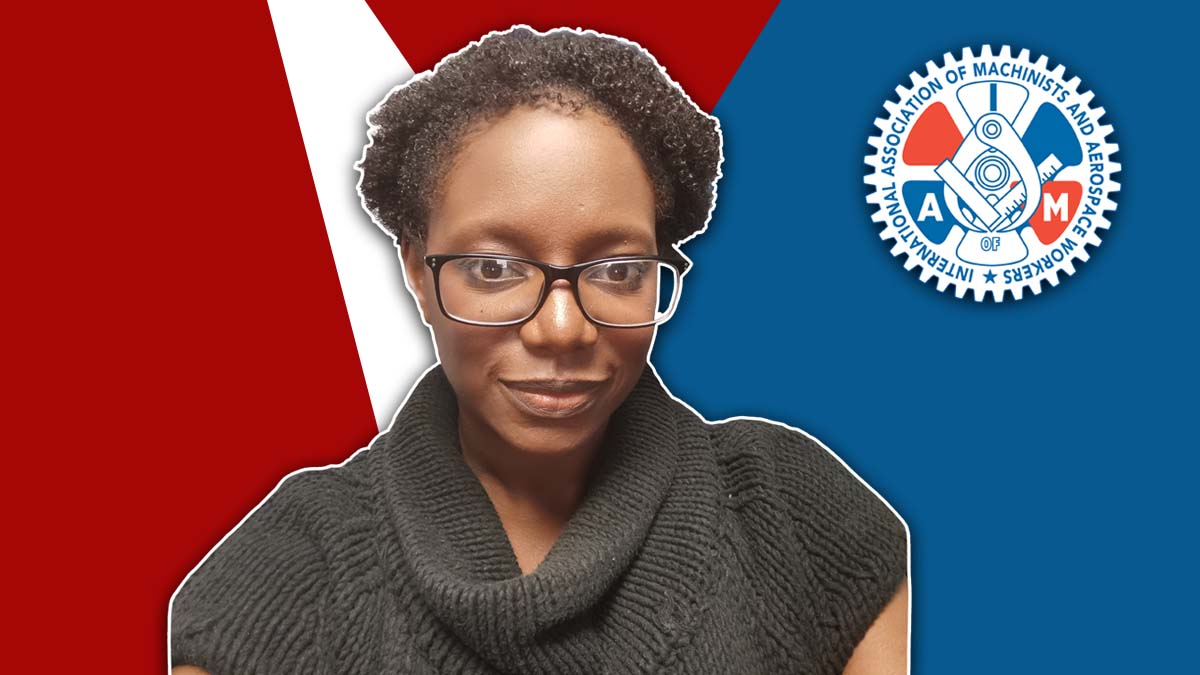 Nicole Tappenden started her IAM membership in 2017. She began attending Local 2323 monthly meetings, and then was nominated and elected to be a shop steward shortly after. She went on to become the chair of the Young Machinists (YM) Committee and Co-Chair of the Community Service committee, as well as a member of the Human Rights, Political Action, and Health and Safety committees in her Lodge.

Tappenden says her main obstacle in chairing Local committees was not having the budget available to do what was needed. She decided that her very first campaign would be to raise money to achieve the committees’ goals.

Tappenden attributes a lot of her involvement to her former Local Lodge President Dave Flowers.

“He was an excellent resource and truly lived the life of an activist for the workers,” said Tappenden.

Flowers empowered Tappenden to exercise her autonomy to lead the committee in a direction she felt would work in helping her local’s members and community.

Tappenden’s goal is to make the work place and the policies that govern the work place better for everyone. She wants to be known as being an activist, being fair, and being persistent to get things done.

“Taking ’no’ for an answer when the answer should be ‘yes’ is not something I will ever get accustomed to and will always push the boundaries to make things better,” said Tappenden.

“I’m very pleased with the dedication and personal commitment that Nicole has demonstrated in defending her fellow workers rights and how she has been advocating for social justice as well as justice in the workplace,” said IAM Canadian General Vice President David Chartrand. “Nicole is truly an inspiration for a new generation of community and labor leaders. She truly personifies the word solidarity and brings pride to the IAM.”

Tappenden’s advice is to keep things in perspective.

“Being a minority shouldn’t be seen as being disadvantaged, instead bring your perspective and learn from others,” said Tappenden. “You will see workers tend to have similar issues that cross color.”

She also notes that sometimes we find allies in different places, and that union members trying to contribute to their union should rely “on their natural instincts, talents, skills and resilience to contribute to being a unionist and activist to drive change.”