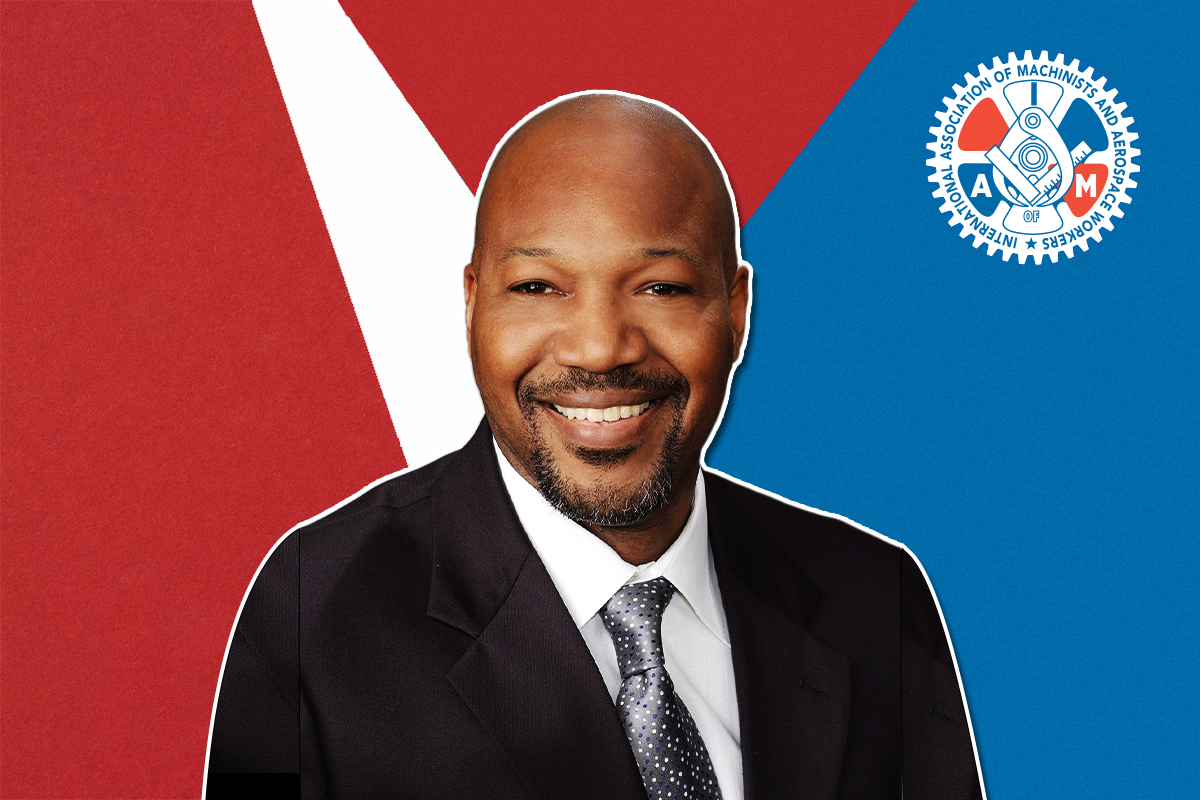 Richard Jackson started his IAM career in 1997 as a Union Steward at Local 751A.  A few years later he was chosen to be a part of a newly negotiated work transfer group.

The group was charged with fighting to keep work for their Local Lodge members that Boeing sought to offload. Jackson also held position as a Local Lodge auditor and District Council delegate, and is a current Delegate for the AFL-CIO. In May 2007, he was appointed to the position of Business Representative and secured this position when he was elected one year later. In 2014, Jackson took on the role of Business Representative and in February 2021 became the first Black District 751 Secretary-Treasurer.

Although Jackson cannot recall any roadblocks that stopped or held him back, he says that none of the past leaders or anyone on staff looked like him until 1990 and again 10 years later in 2000. Jackson understands what hard work is after being raised by a single working Black mother who worked two and three jobs to support him and his sister.

“Brother Richard Jackson is a fine union representative and exemplifies the values of integrity and compassion,” said IAM Western Territory General Vice President Gary R. Allen. “He consistently gives of himself without reservation and serves our members with dignity and grace.”

Jackson credits Bruce Spalding, a previous Business Representative, for his mentorship and encouragement. Jackson says that Spalding believed that he could be a leader and afforded Jackson different opportunities in the union. He also credits District President and Directing Business Representative Jon Holden for teaching him the intricate details of negotiating a first contract and Holden’s confidence in him by assigning him to lead contract negotiations, which help better the lives of working families.

“Be bold, step up and get involved with your Local and District at all levels,” said Jackson. “You have a right to be there, and our union is better off with leadership that looks like its membership. Don’t be discouraged by what you see. What you see today does not determine where we’ll end up in the future.”

Jackson grew up in the 1960’s on the west side of town. He not only felt the financial struggles of his family, but experienced discrimination.

“I look at my life and my future and what I would like to leave behind as a professional legacy, and my desire is to change the tapestry of the Machinists Union and make sure all people are recognized for their hard work and efforts along the way, instead of just maintaining the status quo,” said Jackson. “I was given great opportunities throughout the years of service to our great union, and I want the same for the Brothers and Sisters who also deserve the recognition and opportunities to grow and advance. We have to be purposeful in our endeavors to cultivate change, and I will continue to work towards this greater purpose and help others who also want to advance this legacy.

“The knowledge, understanding and benefit of being in a union will no longer be blinded by the lies of corporations and the wealthy who don’t want us to know the truth,” said Jackson. “The truth is, people of color are better off financially when they have protections on the job and have better pay and benefits by being in a union. Unions are an equalizer and ensure workers are paid for the job they perform. I also hope that current leaders at Local Lodges and Districts across the country begin to reach out and ask people of color to be involved.  I didn’t know I was wanted until someone asked me to join them.”