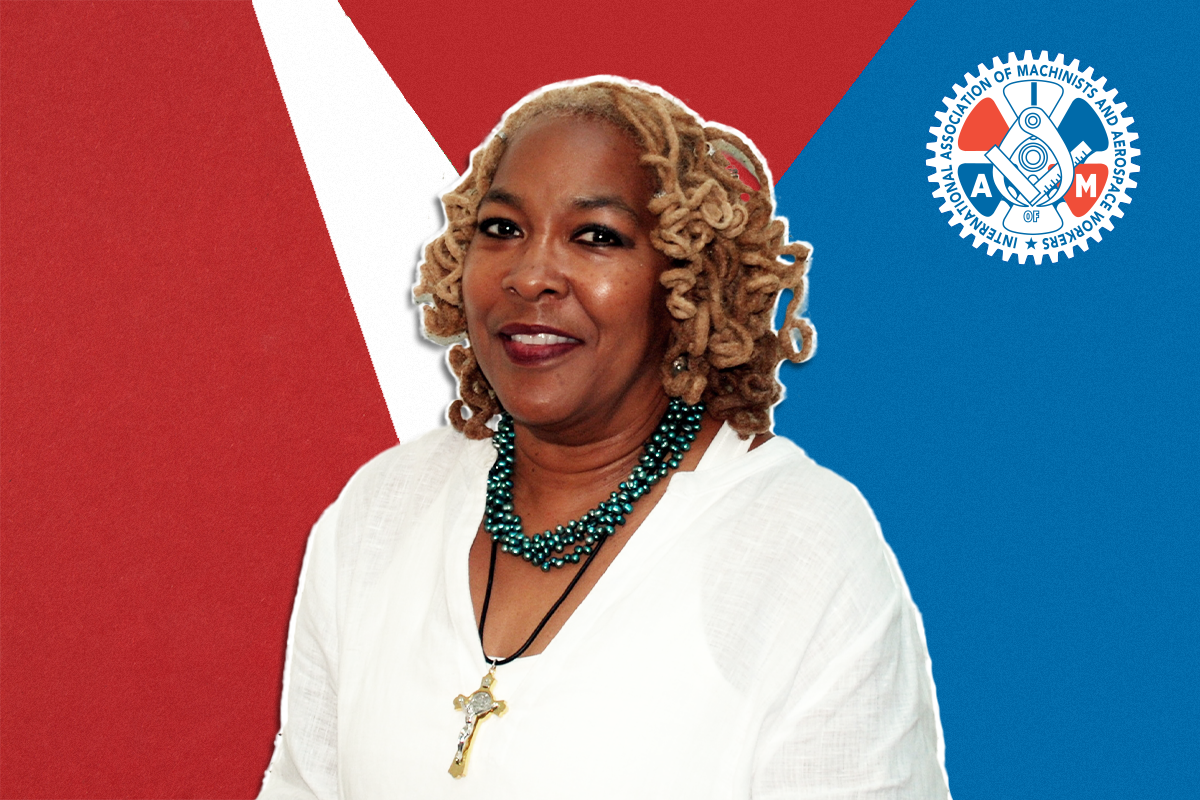 Teri McClendon started her career path as a Machinist at the Boeing Plant in Portland, OR in the late 1970’s performing a non-traditional job working in the paint room. She was the second African-American female to work there.

McClendon faced many obstacles early on in her career being a young Black female in a male-dominated industry. In one instance, a Chief Shop Steward would not support or converse with her. A fellow union Brother found out about the situation and guided her in the right direction. This Brother became her mentor and encouraged her to become more active in the union by attending meetings and participating in functions. This led to McClendon becoming a board member at her District Lodge.

McClendon believes her willingness to volunteer to do things that nobody wanted to do helped her become successful in overcoming some of these obstacles. In the process, she discovered there were more people that supported her efforts. It motivated her to keep moving forward.

McClendon volunteered to become a safety monitor where she currently worked and her mentor, who happened to be part of the Joint Labor/Management Safety Committee at the Boeing facility, pushed her to become more involved. McClendon became part of various committees, including the Joint Safety Committee, which allowed her to attend the IAM Safety and Health Conference at the William W. Winpisinger Education and Technology Center. It opened opportunities for her to acquire the knowledge and provide the training she continues to teach today.

“Sister McClendon is an asset to the Safety and Health Department and IAM CREST,” said Michael Oathout, IAM Safety and Health Director. “Teri has the ability to connect with union Brothers and Sisters during safety trainings by sharing her expertise and experience of working in the craft. I’m proud to have her on my team and I learn from her every time we are collaborating on a project.”

McClendon has seen changes and more opportunities for women and men of color since she began her career. Although it may be a challenge to find a mentor, technological advances and resources provide members with more avenues to make it possible to advance, said McClendon.

“If you have the passion and understand the commitment to be a part of the movement, there are things you can do to endorse yourself such as showing initiative and staying engaged,” said McClendon. “In other words, understand your value and what you can contribute.”

McClendon says she admires “all the Black women who continue to make their voices heard by exercising their right to vote. All women together can accomplish the impossible.”

According to McClendon, she has met some of the most incredible people since she has been part of this union.

“Just being around them gives you a sense of pride that we can change the world,” said McClendon.

“It is so important to continue finding ways to encourage younger folks to become part of the struggle,” said McClendon. “As well as, the importance for members to learn why African Americans are celebrated and honored for their many contributions and sacrifices that have helped shape this nation. It depends on us all to fight against the craziness in our society today It’s wonderful to look at things with a fresh perspective; however I truly believe if you don’t look at what has happened in the past, we will never correct the future.”