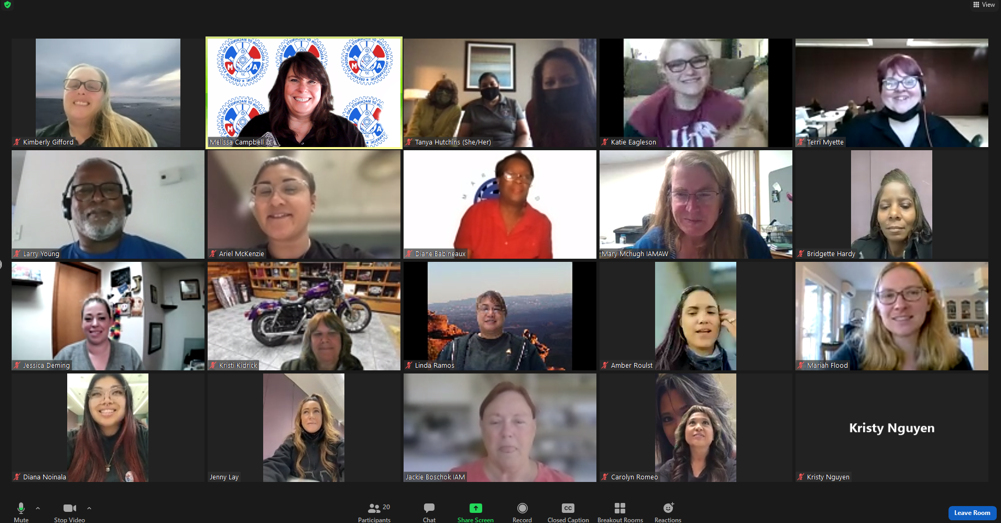 Mary McHugh, Assistant Director of the William W. Winpisinger Education and Technology Center, was elected to the National Officer’s Council (NOC) as one of 17 Vice Presidents.

“IAM delegates to the convention selected a great group of activists to represent the IAM on the National Executive Board,” McHugh said. “I’m looking forward to working with all IAM CLUW members and our sisters from other unions to promote women’s participation and leadership in the labor movement and advocate for issues important to all working women.”

The theme of the convention was “Vision, Vote, Victory” and embodies CLUW’s plans to break more glass ceilings by working to move more women into leadership positions in our unions, our government and our communities. Kenya Conway of IAM Local 86 performed the song, “America the Beautiful,” during one of the musical interludes. 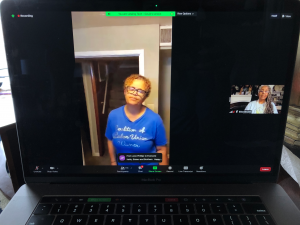 IAM General Secretary Treasurer Dora Cervantes sent a video message to welcome the more than 350 attendees on the first day of the convention.

“Our collective voices can change the world… one event, one issue and one law at a time,” Cervantes said. “The IAM is proud to be a partner in this fight and I’m glad so many women and men from the Machinists Union are a part of this great organization.”

Delegates listened to a keynote address from AFL-CIO President Liz Shuler and other prominent leaders in the labor movement. They considered resolutions and constitutional amendments that set the future direction for CLUW.

CLUW is a constituency group of the AFL-CIO and its conventions take place every two years. If you’re interested in becoming a member, fill out this interactive form.