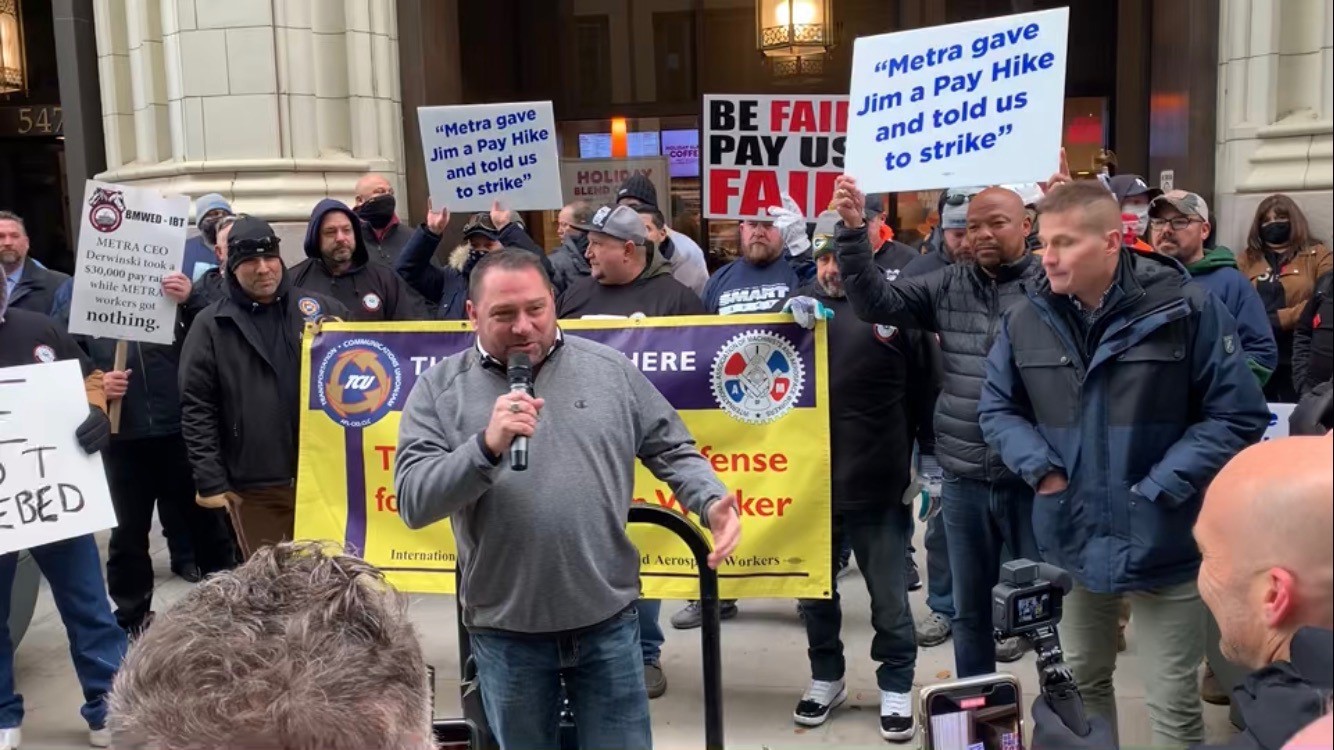 Richie Johnsen, IAM Chief of Staff to the International President, and Edison Fraser, IAM Transportation Coordinator, along with officers and members of a coalition of nine unions, including the Transportation Communications Union (TCU/IAM), rallied in front of Metra Board of directors meeting in Chicago to demand that it negotiate a fair contract with its employees.

The rally was also attended by U.S. Reps. Chuy Garcia (D-IL) and Marie Newman (D-IL), Illinois State Sen. Ram Vilvalam and Chicago Federation of Labor President Robert Reiter. Metra is the Chicago area transit system, and despite being declared essential workers during the pandemic, workers haven’t had a raise since 2018.

The nine railroad unions representing at Metra have been negotiating with management since January 2019. During this time, Metra has received massive financial support from the Federal Government which the Metra Board of Directors has spent on 4% and 17% increases in executive compensation while frontline workers have received nothing.

“This is corporate greed,” said Johnsen. “Taking money and paying themselves while telling the workers there is none for you – I don’t think so. Metra workers deserve a fair contract, and the IAM and TCU stand with you. Now let’s go get that contract.”

“When Congress gave Metra funds, we expected them to use them to support their workers,” said Rep. Garcia. “Sadly, that did not happen. This morning, I came out to stand up in solidarity with Metra union members, and to urge the Board of Directors to do the right thing and negotiate a new fair contract.”