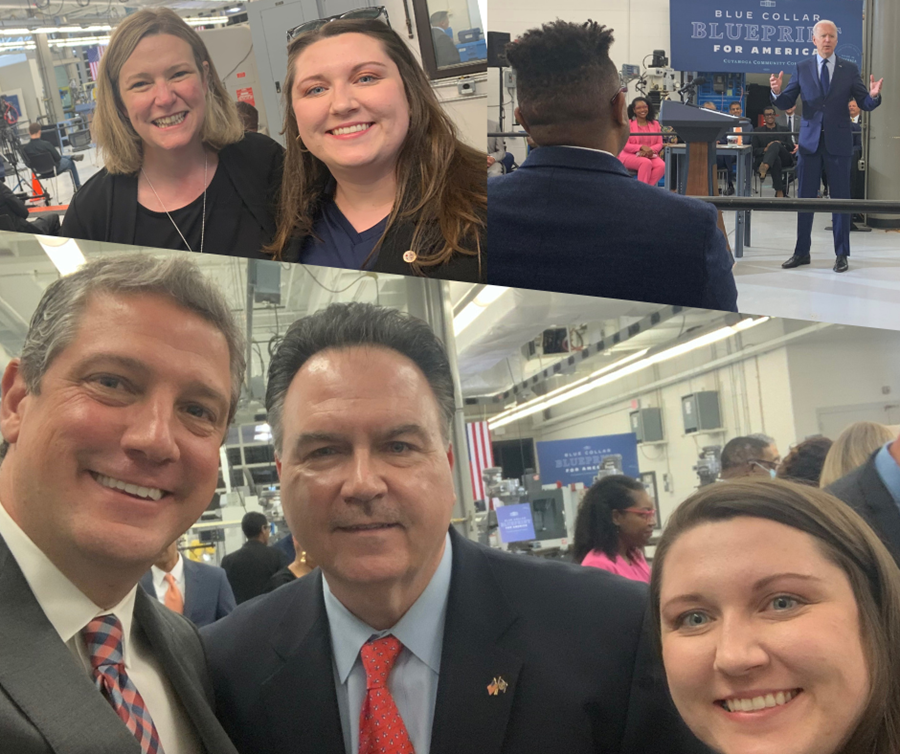 President Biden delivered remarks on the country’s economic situation and urged support for both the American Jobs Plan and American Families Plan. The IAM staunchly supports both plans, which would move toward ending corporate tax incentives that move work offshore, help brings jobs back home and reinvest in building good, middle-class, union jobs.

“It’s beyond time that our country and leadership focuses on training the workforce,” said T. Dean Wright Jr. “President Biden has developed a plan to train, retool and bring our blue collar workforce into the 21st century. We look forward to the day when trade schools in Cleveland and Ohio are just as funded and valued as other public education institutions.”

Biden said it was time to stop giving breaks to large corporations and start supporting the U.S. workforce.

“A lot of companies have done extremely well in this crisis, and good for them,” said Biden. “The simple fact is, though, corporate profits are the highest they’ve been in decades. And workers’ pay is the lowest level it’s been in 70 years.”

WATCH: Biden delivers remarks on the economy in Cleveland