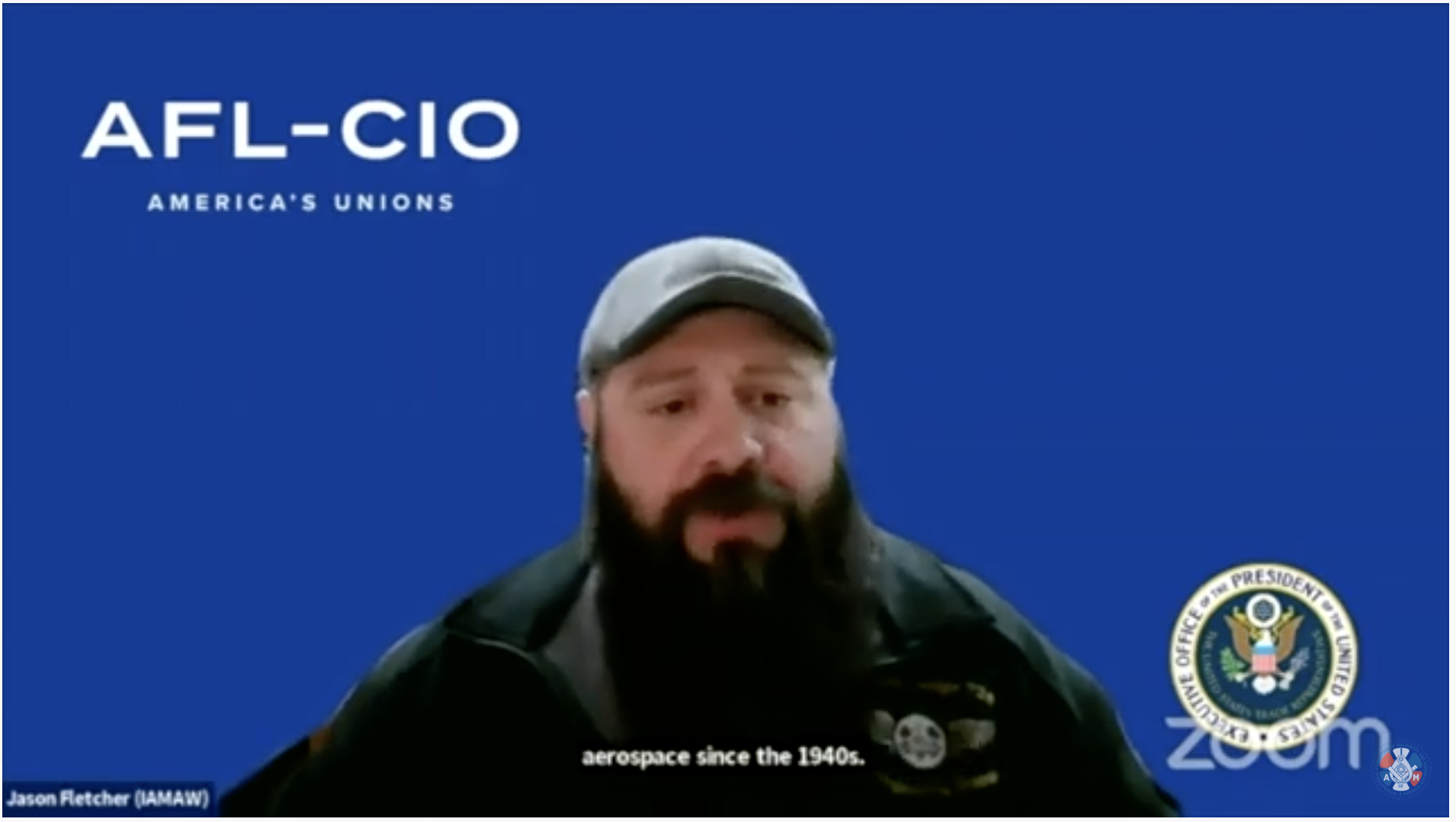 Fletcher asked Tai an important question about how the Biden administration will combat outsourcing and retain Aerospace jobs in America. Tai’s speech, which focused on the importance of worker-centered trade, was hosted by AFL-CIO President Richard Trumka during a virtual town hall.

“While aerospace workers are currently being laid off all over the United States, the aerospace industry in Mexico is growing exponentially,” said IAM District 725 Area Director/Business Representative J.P. Fletcher. “Many of these jobs were once our jobs and union jobs here in San Diego.”

Chula Vista, CA has been home to aerospace manufacturing since the 1940’s and at one time employed over 10,000 workers. When United Technologies (UTC) took over the operations, the company outsourced much of the work to its production site in Mexico. There are approximately 60,000 aerospace jobs now in Mexico, much of which used to be done by IAM members.

“Brother Fletcher did a great job representing the IAM during this call by posing a vital question to Ambassador Tai about the future of aerospace jobs in our great country,” said IAM International President Robert Martinez Jr. “It is imperative the Machinists Union continues to pressure this administration to keep their word of protecting the livelihoods of not only our Aerospace members, but every Machinist. The IAM will always be at forefront in leading the labor movement’s fight to keep American jobs here and against any outsourcing.”

“The outsourcing of good paying aerospace jobs to Mexico is tantamount to economic treason on the American worker,” said IAM Western Territory General Vice President Gary R. Allen. “I will do everything in my power to continue to hold theses elected officials accountable to our members and our country.”