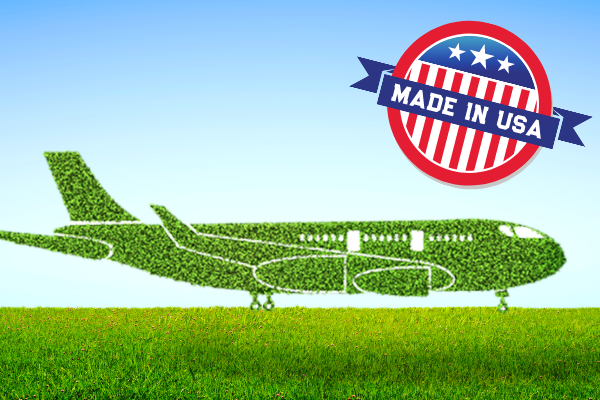 Holden, who has over 24 years of experience in the aerospace industry and represents over 26,000 IAM members at Boeing, emphasized that the transition must benefit U.S. aerospace workers. Representatives from the airline industry, fuel providers, airports, labor organizations and aircraft manufacturers shared commitments to reduce emissions in the aviation sector through improvements in aircraft technology, fuels and operational improvements.

“We need to make sure that all efforts in this area are designed, engineered and built in the U.S.,” said Holden. “This is about the U.S. aerospace industry and counting on them for good, middle-class jobs in all our communities. We can also ensure that research and development, test and evaluation of sustainable aviation technology remain here in the U.S. We should not see our technology given away to other countries for sales of aircraft, creating very capable competitors.”

“Brother Holden is a champion for the aerospace workers of today and tomorrow,” said IAM Western Territory General Vice President Gary R. Allen. “Growth in sustainable aviation fuels must happen in conjunction with incentivizing employers to bring back home the thousands of good aerospace jobs that have been outsourced to Mexico and China.”

Holden also called for an increase in registered apprenticeship programs to train the next generation of aerospace workers.

“These programs have the infrastructure to make sure that the skills learned are well-rounded and transferrable to many industries, so a worker can use anywhere in the country,” said Holden.

Executive actions taken across the Departments of Energy, Transportation, Agriculture, Defense, the National Aeronautics and Space Administration, the General Services Administration and the Environmental Protection Agency will result in the production and use of billions of gallons of sustainable fuel that will enable aviation emissions to drop 20 percent by 2030.