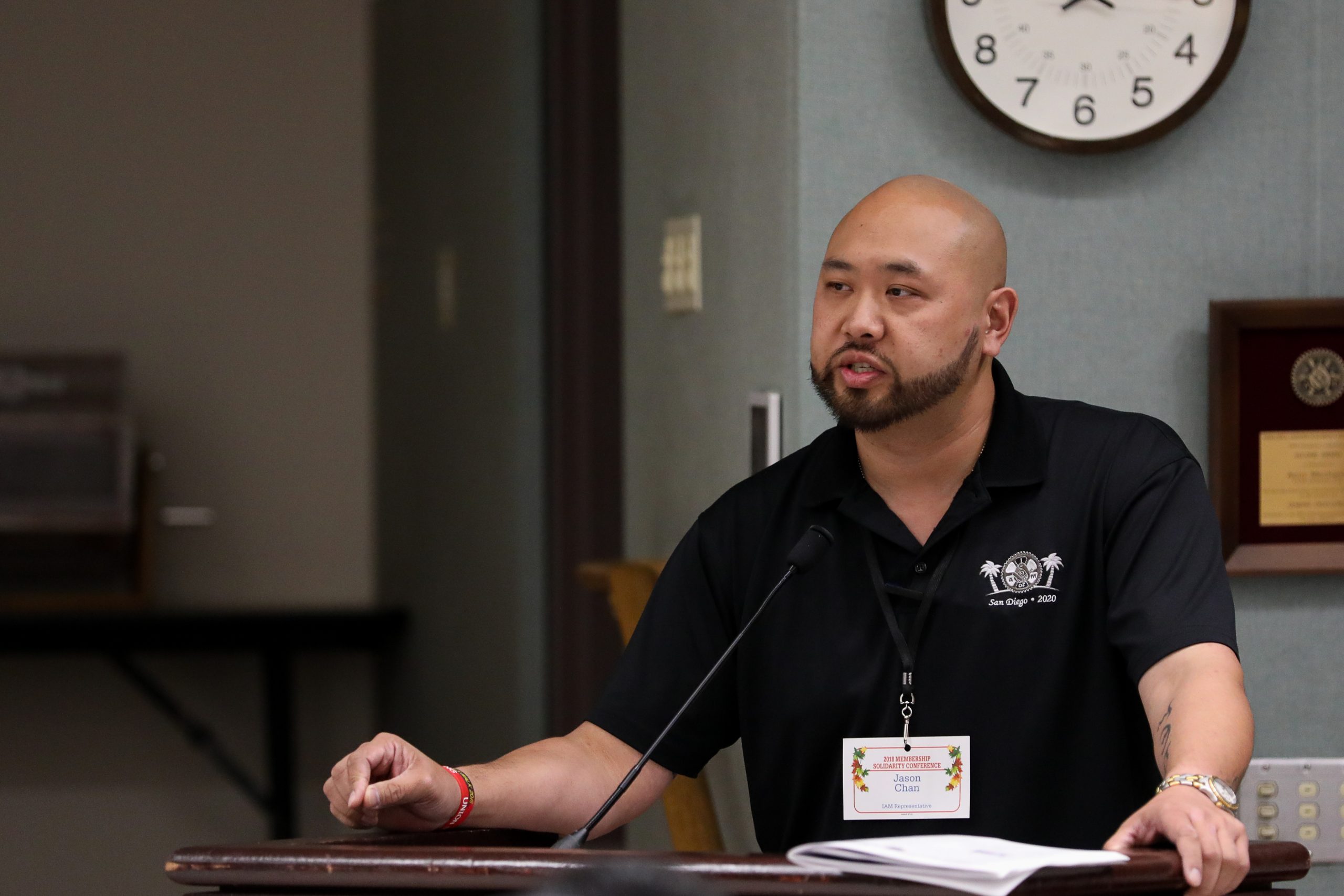 IAM District 751 Chief of Staff Jason Chan was recently recognized by the AFL-CIO as part of their Asian American and Pacific Islander Heritage Month member spotlight. Chan has been a member of Local 751A in Seattle, WA for over 13 years, serving the membership in many representative roles including Local 751A President, District 751 Business Representative and currently Chief of Staff to District President Jon Holden.

“I am proud of Jason and appreciate the work he has done for our membership. He works to provide pathways for a better standard of living for the AAPI community through his leadership in APALA,” said District 751 President Jon Holden. “He is an inspirational leader who cares deeply about our union, helps promote and inspire others to get involved and works to build solidarity within our members, the broader labor movement and our communities.”

“Asian Pacific Americans have enhanced the Labor movement for many years and have made significant contributions to the causes of working people by advocating for advancing workers, immigrants and civil rights,” said IAM Western Territory General Vice President Gary R. Allen. “Brother Jason Chan exemplifies this statement and the mission of APALA through his work in the labor movement and in our communities. I am honored to work alongside of him in our plight for justice and look forward to his continued leadership in our territory.”

Chan is a leader and advocate, not just for District 751, but in the Asian Pacific American Labor Alliance (APALA), at both the local and national level, as well as in Washington state and county labor councils.

He spends many weekends building wheelchair ramps for area residents and helping with other community service projects. He also raises funds for Guide Dogs of America and works on organizing drives in an effort to expand rights for more workers. Chan motivates others to get involved and helps them on the path to leadership. He strives to educate and inspire students on the importance of union membership.